* Charlotte, who is fourth in line to the British throne, is seen in one of the pictures with the family's pet dog Orla 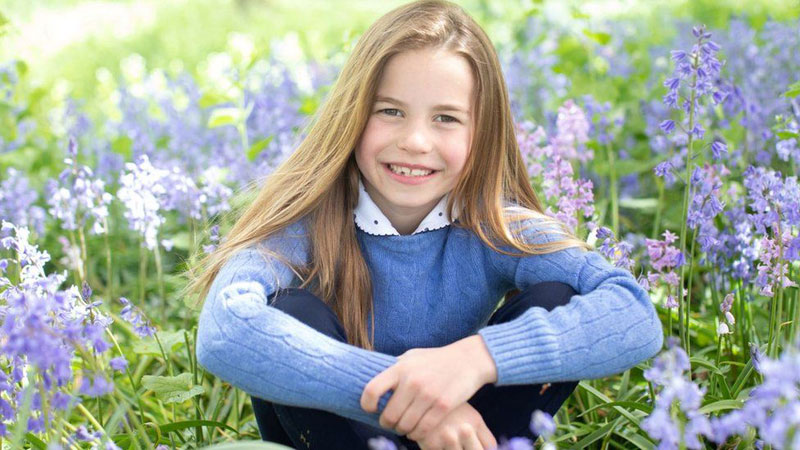 Three new photographs of Princess Charlotte, the daughter of Prince William and Kate Middleton, have been released by Britain’s royal family to mark her seventh birthday on Monday.

Taken by her mother, the photographs show her sitting among bluebells in a cable knit blue jumper that matches the colour of the flowers around her. Charlotte’s birthday comes after Prince William and Catherine, the Duke and Duchess of Cambridge, marked their 11th wedding anniversary on Friday.

Charlotte, who is fourth in line to the British throne, is seen in one of the pictures with the family’s pet dog, Orla. In another image, Charlotte is sitting cross-legged, while in the third picture she is sitting with her arms around her knees. Princess Charlotte was born in the private Lindo Wing of St. Mary’s Hospital in Paddington, central London, on May 2, 2015. Her full title is Her Royal Highness Princess Charlotte Elizabeth Diana of Cambridge.

It has become a tradition for her mother to release images on the children’s birthday, being a keen amateur photographer. In 2017, Kate Middleton accepted a lifetime honorary membership of the Royal Photographic Society, which recognised her “talent and enthusiasm”.

Charlotte, the middle child of William and Kate after eight-year-old Prince George and before four-year-old Prince Louis, has been seen in public on two occasions recently. 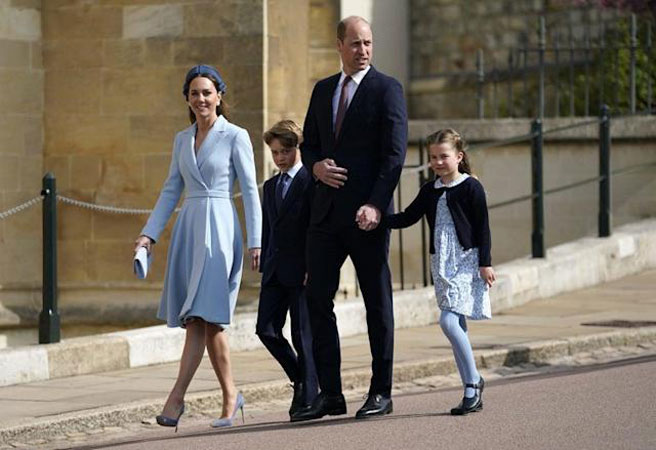 The Cambridge family spend much of their time at their Norfolk family home of Anmer Hall on Queen Elizabeth II’s Sandringham Estate in eastern England. They adopted Orla in 2020, shortly before the death of their previous dog, Lupo, which was given to them as a wedding present.