Javeria has an advice for Dua Zehra’s parents 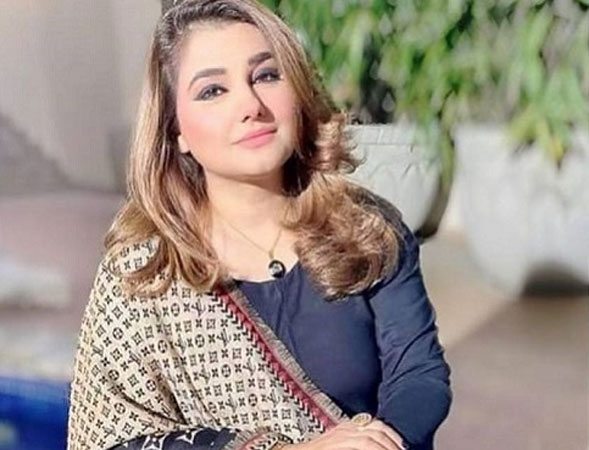 Showbiz actor-host Javeria Saud has shared a piece of advice for the parents of Karachi girl Dua Zehra who left home to marry a boy from Lahore. Earlier this week, the ‘Nand’ actor Javeria Saud turned to her Instagram handle and posted a current picture of the young girl Dua Zehra. “Alhamdolillah Dua Kheriyat se hai (Thank God, Dua is fine),” she wrote along in the caption. “Waleden se meri guzarish hai k ghar men betiyo k liye aise halaat na paida karen k unko apna ghar dozakh lagne lage or wo Jannat ki talash men majbooran ghar se bahar qadam nikalen (It is my request to parents, kindly don’t create such conditions for daughters at home that it feels like a hell to them and they have to step out in search of a paradise),” she noted further.

Concluding the note, Javeria prayed for ‘good fortune of all daughters’.

Apart from her, Showbiz A-lister Urwa Hocane weighed in on the situation as well. Tweeting her support to the young girl on the micro-blogging site, ‘Amanat’ actor wrote: “#DuaZehra stood up against Abuse, be it from a parent!” “Just like kids are taught how to behave with parents, parents should get lessons on how to behave with children, specially on this side of the world. Stop asking the gov so your child comes home, rather regret ur mistreatment,” she added.

Before Urwa, film and TV actor Sajal Aly also proposed the idea of ‘educating parents’ along with the kids. “I believe alongwith teaching children how to behave and conduct themselves, we should also teach parents how to treat their children,” wrote the ‘Sinf-e-Aahan’ actor on Twitter. “Parents should get weekly classes (one hour a week, minimum) on how to deal with children and their dilemmas.”

For those unversed, Dua Zehra went missing from a neighborhood in Karachi earlier this month. Her family approached police hours after the incident and appealed through a number of channels including a welfare organization for help in finding their daughter.

Lahore police recovered the teenager from Okara last week who reported to have married to Zaheer Ahmed by her ‘own will’. In her video statement, the girl revealed to had left home herself to marry Ahmed and was not kidnapped. She also blamed her parents for domestic violence in her statement.