Feroze gushes over Imran from an old interview 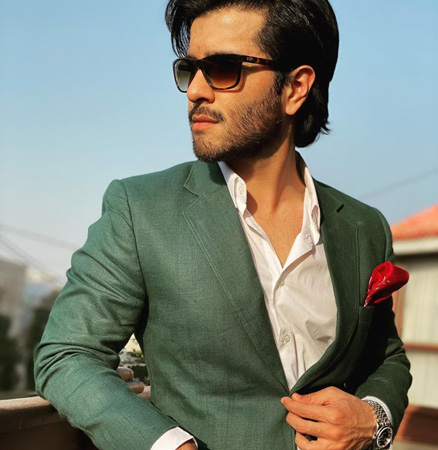 The former prime minister Imran Khan has, at many instances, been complimented for his appearance, most commonly as the handsome PM.

Taking the fandom to a next level, actor Feroze Khan shared an old interview of Pakistan Tehreek-e- Insaf’s (PTI) chairman and called Imran a “sexy beast.”

On Tuesday, Feroze shared a rare interview of Khan circulating on social media on his Instagram stories and wrote, “A sexy beast! Of course in a good way!” complimenting his physical appearance. A diehard fan, we must say.

The Khuda aur Mohabbat actor was also spotted at the stage wearing PTI colours in Karachi during the former PM’s jalsa. He shared multiple videos from the event and encouraged people to take to the streets against the “imported government” who ousted “his leader.”

When on April 10th, Imran was ousted from power through a vote of no confidence, Feroze was the first to react amongst celebrities.

“Imran Khan is one heck of a politician. Love how everyone turned their back on him and then he had the triumph. Allah alone is enough as a protector and he shall help,” read his Instagram story right after the news came.