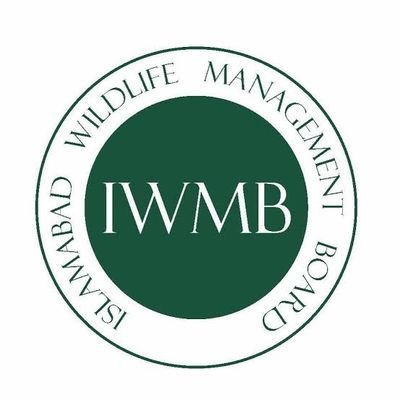 ISLAMABAD: Islamabad Wildlife Management Board (IWMB) on Tuesday emphasised the need for public awareness among the masses on nature and wildlife protection in the pristine protected area of Margalla Hills National Park.

The IWMB being the custodian of the national park is responsible to ensure safeguard of nature reserves including the diverse biodiversity, tree cover, and wildlife.

The Board for the first time initiated animal and birdlife rescue efforts in the federal capital that received an overwhelming response from the public where teenagers mostly call the IWMB to rescue and provide first aid to injured birds and animals.

As the margallas are home to numerous species of medicinal plants, trees, herbs and shrubs, birds, reptiles and mammals, the IWMB has set certain standard operating procedures (SOPs) and guidelines to be followed by the visitors and tourists to avoid damage to the ecology, a senior IWMB official told APP.

He said the Margalla Hills National Park had caught the spotlight after becoming the home of the endangered Common Asian Leopards thriving in home.

Recently, the IWMB has successfully released an injured Indian Eagle Owl after rehabilitation into the wild area of Shah Allah Ditta that was rescued from the garden of a house in E-11 sector of the federal capital.

The Indian Eagle Owl scientifically named Bubo bengalensis is also known as the rock eagle-owl and Bengal Eagle Owl is commonly found in the region of Margalla Hills National Park particularly in the caves of Shah Allah Ditta caves, he informed.

He added that the Indian eagle-owl was a large horned owl species native to hilly and rocky scrub forests in the Indian Subcontinent.

The official informed that the owl was brought a couple of days back from E-11 after an individual reported its presence in his garden.

The injured owl was given proper treatment and rehab at the IWMB office and was released into the wild after getting healthy, he added.

Chairperson IWMB Rina Saeed Khan had also written on her official Twitter handle, “The Indian eagle owl has now been released into MHNP! The owl will fly away at night as they really can’t see much during the day. In fact owls come to life at night as nocturnal birds. Wishing you a long & happy life inside the national park!”

She also shared that the beautiful native Indian Eagle Owl (Bubo bengalensis) was found a few days ago in a nullah in Islamabad and was sent to IWMB’s rescue centre. “Owl is healthy and ready to go back to the wild! Will release this beauty back into safe environs of Margalla Hills National Park today”, Khan wrote on her Twitter handle.

In another tweet, the IWMB Chairperson informed that the IWMB wildlife rangers also released a rescued spiny tailed lizard back into the wild. These lizards found in arid zones of Pakistan were illegally traded and mercilessly killed for their oil which some mistakenly believe is an aphrodisiac. “Say NO to wildlife trade!”, she mentioned.

In a separate tweet, the Chairperson informed that the Board team had successfully rescued a soft shell turtle from a nullah of the federal capital after proper rehabilitation of the injured turtle. “Another successful rescue & release by IWMB this time of a rare soft shell turtle found in a nullah in ICT. IWMB was contacted and a team was sent to rescue the uninjured turtle and release it safely back into the wild! Plz contact 0336 5070707 for rescues of wildlife!” she tweeted.

Most recently, the Board also rescued a female Rhesus Monkey that was tied tightly with ropes. “This poor female Rhesus monkey was also rescued recently. Someone had cruelly tied ropes tightly on her wrists. IWMB rescued the monkey on complaint from an animal lover & IWMB’s vet removed ropes & bandaged wrists. Monkey has now healed & released back into the wild”, she mentioned on her handle.

The IWMB through community and public awareness had carried mass sensitisation among the youth to protect and help wildlife in threatening situations or found injured. The IWMB used to receive numerous calls from federal capital’s residents pertaining to kites, buzzards and other birds stuck in kite string and were rescued by the Board staff. 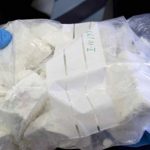