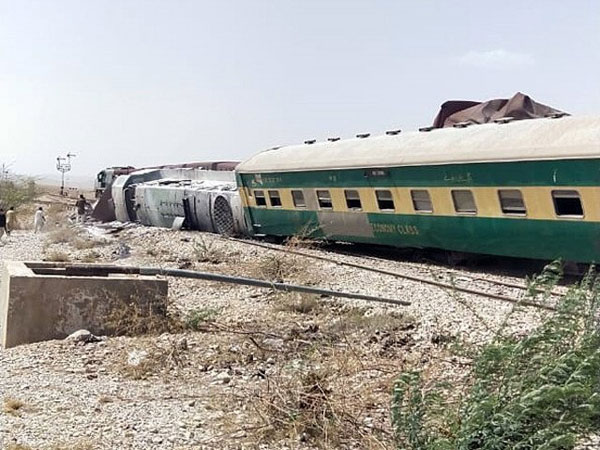 At least four passengers were injured when Bolan Mail collided with a goods train in Balochistan’s Kachhi district on Monday.

District administration said that Bolan Mail was on way from Karachi when it collided with a goods train near Peeru Kunri Post of Kachhi District.

People of nearby area also took part in relief operations. All four injured are in stable condition, a doctor in Sibi hospital said, adding that first aid has been provided to the injured. The collision caused the suspension of train service between Balochistan and other parts of the country. A technical team of the Pakistan Railways reached the spot and removed both trains from the track. Train service was later restored. Passengers suffered difficulties because of scorching heat as a result of the collision. They waited for hours for the restoration of the train service. Bolan Mail was jam-packed with passengers coming from Karachi to Quetta. Accidents on the decaying rail system of Pakistan are fairly common.

In June last year, 65 people were killed and over 100 injured when a Karachi-bound train ploughed into the derailed bogies of a Sargodha-bound express near the border between Sindh and Punjab provinces. The Millat Express was heading from Karachi to Sargodha when it derailed, spilling carriages onto the track carrying Sir Syed Express from Rawalpindi in the opposite direction.