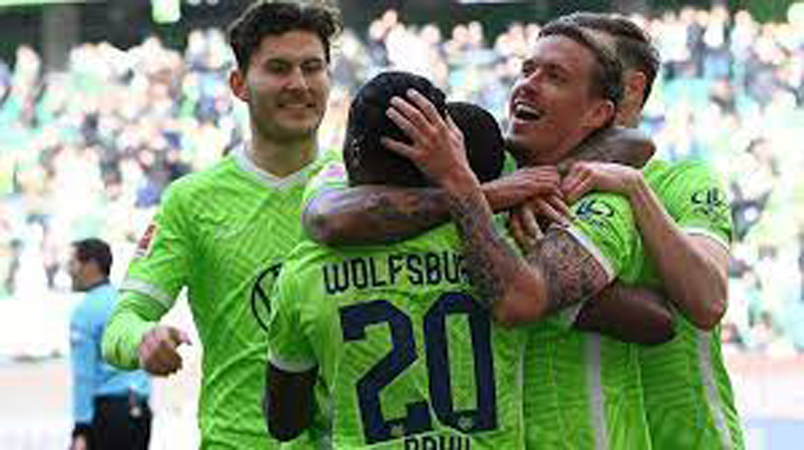 BERLIN: Veteran striker Max Kruse scored a first-half hat-trick as Wolfsburg thrashed 10-man Mainz 5-0 on Friday in the Bundesliga with all goals coming in an action-packed opening 45 minutes. With Wolfsburg already 1-0 up, the visitors had to play for more than an hour with 10 men after Mainz defender Niklas Tauer brought down Lukas Nmecha, who was through on goal in the area. Kruse, 34, converted the resulting penalty and banged in two more goals before half-time to compound Mainz’s misery. The romp over mid-table Mainz was a spectacular response by Wolfsburg after last weekend’s 6-1 thrashing at Dortmund. The result virtually guarantees Wolfsburg their safety as they are nine points from the bottom three with three games left.