On objectification of women

* Jacque Derrida has coined a neologism which is called phallocentrism 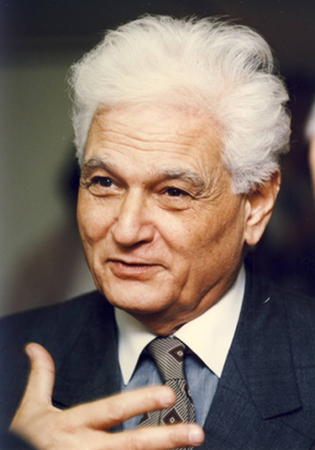 It is rancid and desperately unpleasant that women face objectification at all levels in society.

But what truly precipitates that objectification? If we turn a serious gander at history, we see that history is primarily commandeered by men and women could only be seen as mere objects. The question which rears its head is that whence this egregious objectification takes place and who are the supporters? Glaring and most strident answer is men. Men are responsible for egregious objectification of women and it is due to men that women are treated like mere objects. I dare that. Why? Because I think we more often than not take matters in facile terms. When Karl Marx was asked to share his favourite motto, he said to doubt everything, retelling what was told by Rene Descartes. I also doubt this oversimplified answer that men are responsible for the objectification of women. My thesis is that women are equally complicit in this sordid thing, which clarifies that I am not absolving men.

Jacque Derrida has coined a neologism which is called phallocentrism. This refers to the incredible privilege of the masculine construction of meaning and understanding social relations through masculine eyes. What would have happened if all history books were written by women and all bars for anything significant were set by women? Derrida questions and radically revolutionizes the field of philosophy. I buy into this as this critically castigates what has been thought as ultimate truths in western world.

The word phallic is redolent and reminds us of Sigmund Freud and his five stages of human personality development. I would endeavour to hazard a few ideas on this first. When a child reaches its phallic stage, supposedly when it is five or six years old, it starts getting pleasure from titillating its sensitive organ. For boys, Freud says, it is phallus but for girls there is none. Ergo, she gets mad at her mother for diddling her from such a seminal organ. It is during this period that human ego develops. And Freud quite tendentiously says that girls develop a greater amount of narcissism than boys. The sheer evidence is that girls are more fastidious and meticulous about their looks and visages. Similarly, girls preen in their beauty and expect gargantuan amounts of attention, love and care from men. For me herein lies the rub.

This is the most paramount point of objectification of women. To glean attention and love, women carry desperate stunts and make themselves unbelievably chiselled and well-crafted which turn them into nymphs: of course nymphs are nothing more than mental objects. In Milan Kundera’s novel the identity the main character Chantal suddenly feels and later inveighs to her boyfriend: men do not look at her anymore. This by far discomfits her. She is recently divorced and wants to live with her boyfriend but he has not arrived yet. Meanwhile, she begins to deploy stunts and tries to lure men to take interest in her. But no one does.

Notorious for his chauvinism, philosopher Arthur Schopenhauer writes in his one of the most tendentious essays On women, ” the woman lives more in present than man, and that, if the present is at all tolerable, she enjoys it more eagerly.” Schopenhauer is grossly biased and repellent in this particular essay. However, despite this, he has a few revealing things for us. That women live in the present could hardly be contested. American Feminist Bell hooks has written about it extensively in her book Feminism is for everybody that how white feminist ditched other feminists, particularly women of colour and began to get prejudiced when they got equal footing with men and basked in plaudits tendered by white men.

To add, once I shared with a girl a poem by Rabindranath Tagore. The poem is now composed by Gulzar and sung by a mellifluous singer, Shreya Ghoshal. The poem is about a man who is imploring his beloved to come and meet him without any makeup, with her hair unkempt and dishevelled or without the red spot on her forehead. To me, this poem suggested that a woman could be equally ravishing and lovely without the makeup drama. That girl with which I shared this poem responded that why he is imploring her to emerge without any makeup inasmuch as the women do that for men.

Wearing scanty clothes is everyone’s right and as humans everyone is free to do whatever he or she thinks is correct. Nonetheless, the philosophy of scanty clothes and/ or even bikinis need to be perused and deeply scrutinised. Moreover, I am curious to know that does not cleavage displayed by women, baring hands, or wearing sleeveless tops turn a woman into a mere object which invites customers? Why does this clamorous and rambunctious need to exude beauty? I think that modern dressing is foisted upon and is one of the shenanigans of capitalism. When I watch Indian and Hollywood movies and I find women wearing scanty clothes and men in full clothes, I begin to think that is not that woman herself turning herself into an object and letting the men look at her coquettishly and buy into her grandiloquence. This is blatantly evinced in the Kapil Sharma show Comedy Nights with Kapil. What with entertaining his guests, he treats his women guests as mere objects and the women take this objectification to its zenith. Men are treated in subjective terms.

The obvious drama and superfluous spectacle turn anything into an object. Women have their subjectivity and what quashes that is the patent objectification of the precise women subject. And I believe in this hideous objectification women are complicit. They must resist this and break the mould. The high bars set by phallocentrism for an ideal and nymph like women must be questioned, battered and reckoned with, not buttressed, enhanced and reinforced. Most importantly this resistance must emanate from women. Why is it necessary to display cleavages and body parts to steal the show? The show could be stolen by other things as well. Women are beautiful, pristine and astoundingly attractive without any gaudy and glitzy body.