* As the Grey's Anatomy star put it, Katherine was the one on the receiving end of controversy once she discussed their working conditions 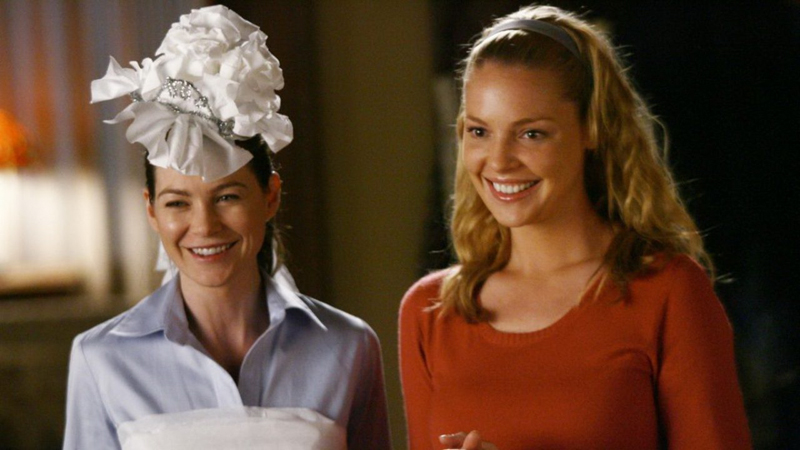 Ellen Pompeo wants Katherine Heigl to know that her previous comments about Grey’s Anatomy were not made in, um, vein.

On her Tell Me with Ellen Pompeo podcast, Ellen-who has starred as Meredith Grey in the ABC drama for 18 seasons-reflected on her earlier days in those infamous scrubs, which in 2009, included working alongside her co-star, Katherine. That year, Katherine came under fire for noting her “seventeen-hour” long workdays on set and now, Ellen is praising her as a “hero” for her callout.? ?”I’m very lucky now with my schedule on Grey’s,” she said during the April 20 episode. “I get to cut back and overall, I’m happy for the production as a whole, because we have cut back tremendously. Back in the day, we used to do crazy, crazy hours.”?

Ellen continued, “I remember Heigl said something on a talk show about the insane hours we were working, but she was 100 percent right-and had she said that today she’d be a complete hero, but she was ahead of her time.”

As the Grey’s Anatomy star put it, Katherine was the one on the receiving end of controversy once she discussed their working conditions.

“Of course, let’s slam a woman and call her ungrateful when the truth is she’s 100 percent honest and it’s absolutely correct what she said,” Ellen shared. “And she was f–king ballsy for saying it. And she was telling the truth. She wasn’t lying. Also, when you’re younger, you’re so excited to be there and you’re so happy to be invited to the party that you’re willing to do whatever it is they’re asking you to do.”

In 2009, Katherine candidly spoke about her workdays during an appearance on The Late Show with David Letterman. “Our first day back was Wednesday and I’m going to keep saying this because I hope it embarrasses them, it was a seventeen-hour workday,” Katherine said at the time, adding that it was “cruel and mean.”

Amid the controversy that continued after Katherine spoke out, Katherine exited the series in 2010. More than a decade later, she addressed her honest statement heard around the world last September.

“Some of you may remember over ten years ago I was very vocal about the absurdity of the working hours’ crews and actors were being forced into by production,” Katherine captioned an Instagram post. “Even Diane Sawyer interviewed me and not so kindly informed me ‘no one feels sorry for you.’ I very publicly and for many, many years after, got my ass kicked for speaking up.”

Explaining that the backlash made her “struggle with self-confidence and self-worth” and that she let herself “be convinced that was wrong,” she also noted that she’s no longer afraid moving forward.

“So, I speak up today and say with zero hesitation or regret…14, 16, 17, 18-hour work days are NOT safe,” she added. “They are NOT healthy. They cannot and should NO longer be tolerated.” E! News has reached out to ABC for comment.