Reham and Mishi indulge in war of words! 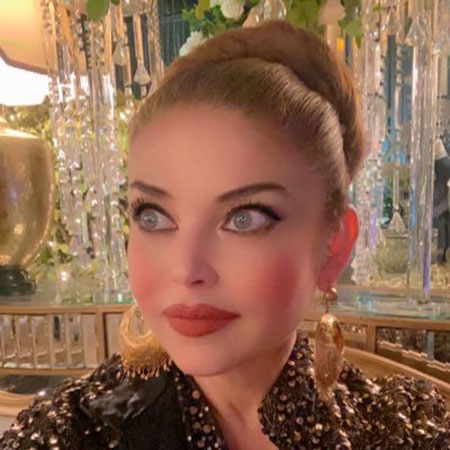 Mishi Khan turned to Twitter on Monday, calling out journalist and former wife of Imran Khan for terming the showbiz celebs as ‘mummy daddy actors’, as the latter blamed the entertainment fraternity for not ‘raising their voice against Kashmir issue the way they are doing so against no-confidence vote’.

In a video message shared by Khan on the micro-blogging site, she asked the journalist, “Why didn’t you take that step and supported Kashmir? Whom were you waiting for?”

“You are always available to dictate us actors but when the Kashmir issue surfaced you were giving weather reports at BBC, teaching Salsa steps, and was busy with your luxurious foreign lifestyle,” she further remarked.

“We are aware of the Kashmir issue and doing the needful for the cause, you shouldn’t preach us.” Furthermore, dubbing Reham as ‘speedy Gonzalves’, the ‘Janaan’ actor said in the video, “On behalf of the actors’ fraternity, we have all the right to support whoever we want to. You should continue with your job of recording irrelevant videos at National Assembly which is actually prohibited, and let us do ours.”

Addressing the video by Mishi, Reham responded, “Oh isn’t she that friend of Imran I cast as the phuppo in my film Janaan?”

Replying to the tweet, Mishi recorded another video and clarified, “I’m not his friend, rather a fan, more so, since his cricket days. Otherwise, I would have been in Bani Gala, and you in London. So don’t spread fake controversies.”

In a following war of words, Mishi even invited Reham to travel with her on the newly launched Metro Bus in Islamabad, and ditch her ‘luxury car with driver’.

It is pertinent to mention that this is not the first time that showbiz celebs have lashed out at Reham. Earlier this week actor Mariyam Nafees called her out for being a ‘graceless ex’, while, Feroze Khan previously termed her a ‘snake’.