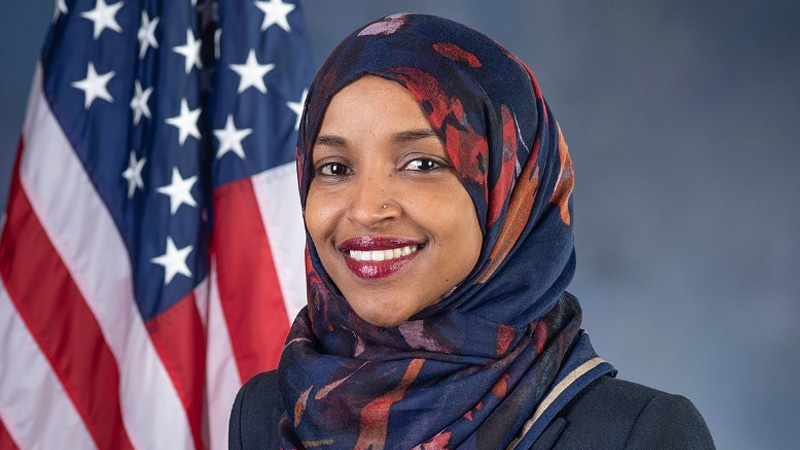 The 37-year-old Omar belongs to the Democrats and represents the State of Minnesota in Congress, one of the two Muslim women elected to the US Congress in 2018.

Omar has adamantly supported Kashmiris in Indian-Occupied Jammu and Kashmir and has often tweeted her support. During her stay in Pakistan, she will visit Azad Kashmir as well.

In 2019 after the annexation of Kashmir by Indian Prime Minister Narendra Modi, Omer had called for an immediate restoration of communication; respect for human rights, democratic norms, and religious freedom; and de-escalation in Kashmir, saying that the international organisations should be allowed to fully document what is happening on the ground.

Ilhan Abdullah Omar represents Minnesota’s 5th Congressional District in the US House of Representatives, which includes Minneapolis and surrounding suburbs.

An experienced Twin Cities policy analyst, organiser, public speaker and advocate, Omar was sworn into office in January 2019, making her the first African refugee to become a Member of Congress, the first woman of colour to represent Minnesota, and one of the first two Muslim-American women elected to Congress.