Huma Qureshi transforms into home chef Tarla for her next

* 'I clearly remember how my mom used to try her recipes when we were kids,' she said 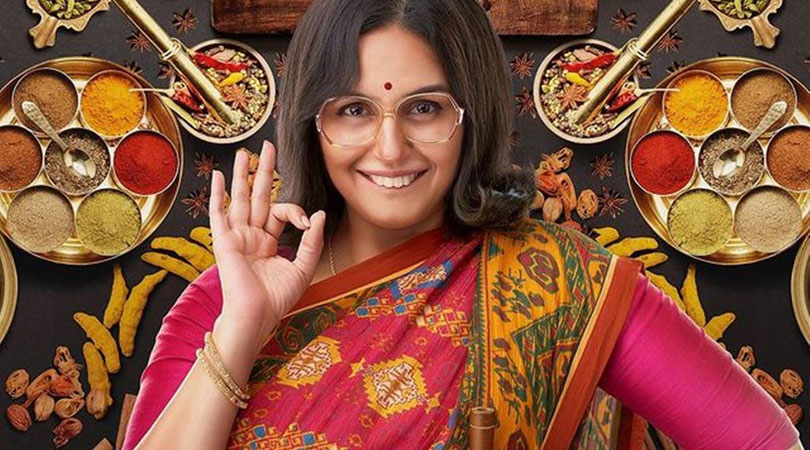 Huma Qureshi is all set to play the role of India’s first ever home chef, Tarla Dalal, in her upcoming film. The actor announced the film, titled Tarla, on Tuesday. The poster shows Huma in a never-seen-before avatar. It also gives a glimpse of how the film will revolve around food and recipes. Huma Qureshi told indianexpress.com that Tarla Dalal “reminds me of my childhood.”

“I clearly remember how my mom used to try her recipes when we were kids. Looking forward to this very special character,” she said. Calling the role “awe-inspiring character”, Huma continued, “My mom had a copy of her book in the kitchen and would often try many of her recipes for my school tiffin. I also clearly remember the time when I helped mom make Tarla’s homemade mango ice cream.”

Produced by Ronnie Screwvala, Ashwiny Iyer Tiwari and Nitesh Tiwari, the epic food filler will be directed by Piyush Gupta.

Talking about the late chef and her decision to make a film on Tarla’s life, producer Ashwiny Iyer Tiwari said in a statement, “Tarla’s story is a lot more than her being an iconic chef. It’s a story about a working mother who singlehandedly changed the face of vegetarian cooking in India and paved way for many such home cooks and start-ups to aspire and achieve their dreams.”

Produced by Ronnie Screwvala, Ashwiny Iyer Tiwari and Nitesh Tiwari, the epic food filler will be directed by Piyush Gupta

“Tarla Dalal transformed home cooking in India. Her story is a textbook example of entrepreneurship – how it is never too late to work towards your ambitions. Very excited and looking forward to collaborate again with Ashwiny and Nitesh,” Ronnie Screwvala said.

Nitesh Tiwari, on the other hand, said that a biopic on an epic personality like Tarla Dalal was long-awaited. “Through her story, we want to encourage many such young entrepreneurs who desire to have their own businesses from the comfort of their homes,” he said.

The film will be directed by Piyush Gupta, who has been a writer on films like Dangal and Chhichhore. “I am delighted to have the opportunity to illustrate Tarla Dalal’s life on screen. Being a foodie myself, the intention is to make this film a treat for all food lovers to gorge on,” he said.

Tarla Dalal was an Indian food writer, chef, cookbook author and host of cooking shows. She was the first Indian to have been awarded a Padma Shri award in the culinary skills category in 2007. The late chef, who was popular for her palatable recipes, was every cook’s inspiration and her cooking instructions are still present in every culinarian’s food dairy.