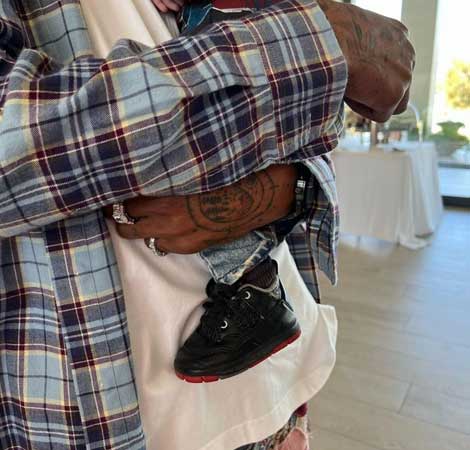 The Kylie Cosmetics founder did not include the baby’s face in the photo, which shows the rap artist, born Jacques Webster, holding the infant, who is wearing black and red sneakers and blue jeans. Kylie has yet to show a full pic of their son and has also not revealed his new name after announcing in March that he was no longer named Wolf.

The Kardashian-Jenner family kicked off their Easter celebration April 16. The festivities included colourful holiday-themed décor, sweet treats and fun arts and crafts activities for the kids, as well as an egg hunt.

Also this weekend, Kylie partied at the Coachella festival, where Travis performed a surprise DJ set at a party. Kendall Jenner and Kim Kardashian attended the Revolve Festival.