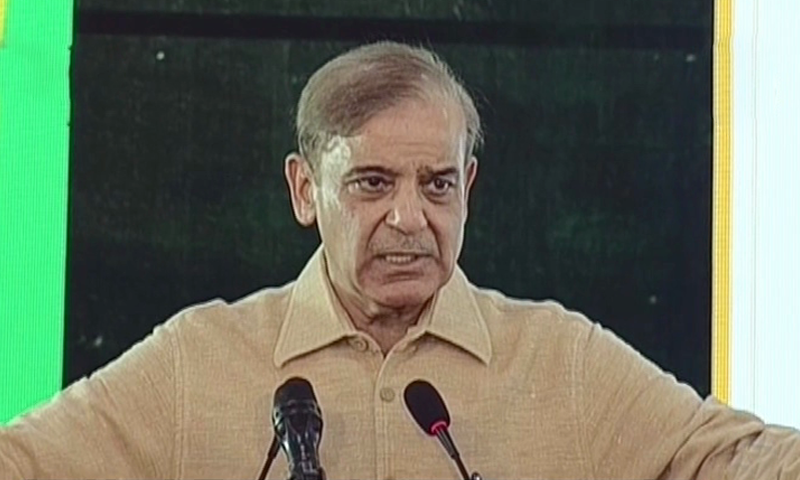 Prime Minister Shehbaz Sharif on Monday requested China for support for the planned revival of the Karachi Circular Railway (KCR) project to end the woes of hundreds of thousands of commuters in the metropolis.

During an address at the inauguration of a mass transit bus project from Peshawar Morr to Islamabad International Airport, he said that KCR would be a “gift for the people of Karachi” and bring great dividends.

“I will take up this opportunity to convey my request to Beijing, NDRC (National Development and Reform Commission) and President Xi Jinping to reconsider [supporting] KCR for Karachi,” he said, adding that the project’s completion would lead to great feelings for China among the people of Karachi and the rest of the country.

During his speech, PM Shehbaz expressed gratitude towards China for “strengthening Pakistan’s economy” and supporting it on all international forums. The Islamabad Metro Bus Service project, which will run on a stretch of 11 kilometres from Peshawar Morr to Islamabad International Airport, is expected to benefit nearly 50,000 commuters every day. The project was supposed to be launched in 2018 but was delayed.

The premier blamed PTI for the delay in the launch of the project and regretted that the route plan for Islamabad was reduced abruptly to cut the cost from Rs16 billion to Rs12bn, which he said, caused immense loss to the project’s materialisation. PM Shehbaz said that though development funds were available to complete public welfare projects during the PTI’s tenure, what the previous government lacked was the will to serve the masses.

The premier recalled that the PML-N government, during its previous tenure, had launched mass transit projects in Lahore, Rawalpindi and Multan. He claimed that PTI lawyers had made several attempts to halt those projects alleging corruption.

“The Orange Line mass transit train in Lahore faced litigation by PTI that caused its delay by over two years. In the end, other than a few technical points, the court gave a clean chit to the project and ruled that not an ounce of corruption was found,” he said.

PM Shehbaz also promised to ensure quick implementation on all the projects that were of public importance but were delayed or suspended.

He announced that during the month of Ramazan, the metro bus service for passengers would be free of cost.

PM Shehbaz added that a mobile application was being launched for easy access to the buses that would come every five minutes and the shuttle that would arrive at the stop every 25 minutes. The blue line bus will be initiated on the Rawat-Islamabad Airport route, he further said.