* Shehbaz thanks Saudi king and German chancellor for felicitation messages 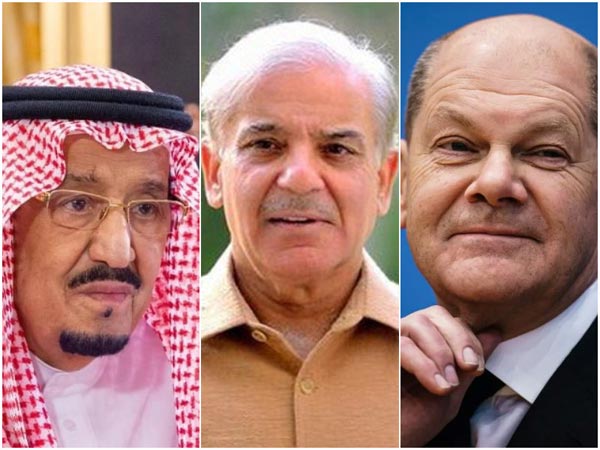 Prime Minister Shehbaz Sharif on Friday thanked the Custodian of the Two Holy Mosques King Salman Bin Abdulaziz and Chancellor of Germany Olaf Scholz for their message of felicitation.

He said that Pakistan-Saudi relations are special and marked by exceptional trust. “I resolve to work closely to realise our shared vision of strategic partnership,” he added.

Meanwhile, PM Shehbaz also thanked the German Chancellor for his message. “I look forward to working closely with you to further strengthen and deepen the long-standing and multifaceted relations between Pakistan and Germany. Our partnership for regional peace and development remains crucial,” he added.

PM Shehbaz took to his official Twitter account and said that Pakistan and the UK share “deep-rooted and broad-based ties”. He resolved to work closely with the British government to further expand the countries’ “longstanding friendship” and take the “multifaceted relationship” to the next level.

“UK & Pakistan matter to each other. I thank @ImranKhanPTI & his government for all their cooperation with @UKinPakistan; and look forward to working with @CMShehbaz & the new government to build on our 75 year strong partnership,” Turner tweeted.