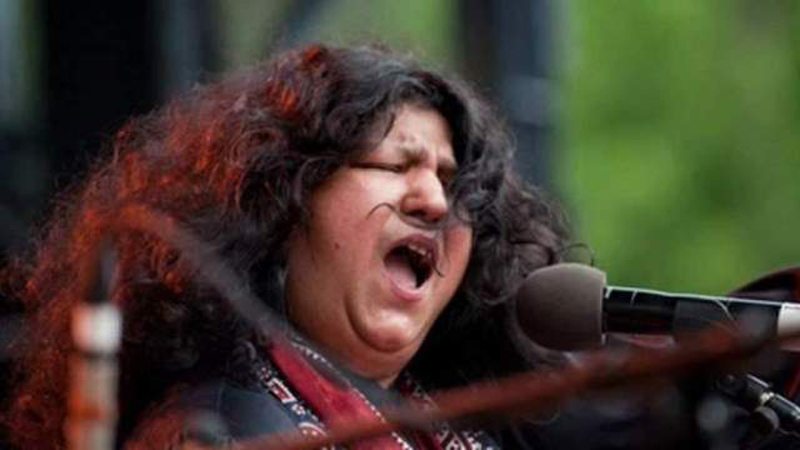 The song was released on April 9 and has already surpassed 200,000 views on YouTube. “Celebrating the spirit of Eid, year after year, with popular songs like ‘Bismillah’, ‘Allahu Akbar’ and ‘Astagfirullah’, we present to you ‘O Mere Maula’, featuring the legend Abida Parveen,” the duo captioned the music video.

The video started with a show of two locations – Islamabad and Toronto, Canada. The collaboration between the musicians is displayed via video call. Salim-Sulaiman and the backup singers were flooded with bright green light whilst Parveen was washed in red. The neon lighting complemented the dark setting of the room and set the mood for the song. The singers are connected through screens as they serenade their listeners. The camera pans in and out of the studio scenes, shifting to a story-telling narrative as ‘O Mere Maula’ continues playing in the background. The visuals direct to a family that sells flutes – a single father raising his son and daughter. There is a moment of weakness where the boy pockets some of the money before reporting to his father at the end of the day with the day’s earning. Caught, the father displays anger and the kids find a way to win him over all in the spirit of Ramadan – the spirit of sharing and giving.

Netizens have been all praises for the song sung by “Sufi queen Abida Parveen.” Parveen wowed fans earlier this year with her single for Coke Studio season 14 ‘Tu Jhoom’ in collaboration with Naseebo Laal. She’s considered a legendary singer in Pakistan and her fellow artists have had only great things to say about her. Ali Sethi said performing with her changed his life and Natasha Baig gets chills when people refer to her as a mini-Abida Parveen. The legend’s musical appeal is appreciated beyond borders as well. Hollywood actor Jada Smith has called Parveen her “spiritual mother.”

She’s one of the most listened to artists in Ramadan so it makes sense that she’s released a Ramadan special 10 days into the holy month.