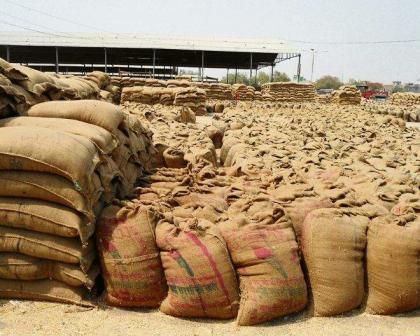 The DC checked the attendance of staff deployed at the centre and asked farmers about provision of gunny bags to them. He said that on the direction of the Punjab government, efforts were being made to meet the target of wheat procurement. He said wheat was being procured from farmers at the government fixed rate of Rs 2,200 per maund.

The DC said that so far 201,926 gunny bags had been distributed among the wheat growers which was 25% of the total target, while 4,893 sacks of wheat had also been procured. Later, DC Muhammad Asghar Joiya also visited Ramazan Bazaar at Company Bagh and reviewed the quality, prices and availability of the food items.