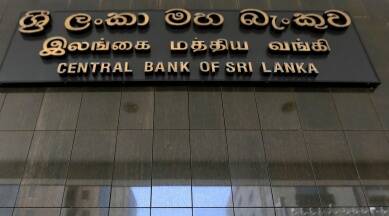 The Paradise Island of Sri Lanka is facing one of the most tumultuous times of its modern history when the worst shape of economy, acutely scarce commodities, non-existent petroleum products and frequent power outages have disturbed both rural and urban lives alike. There have been protests en masse since last week of March, 2022 which resulted in resignation of majority of cabinet within 48 hours. The protestors have been agitating against government’s economic mismanagement, corruption and nepotism. Their utmost demand is resignation of the President Mr Gotabaya Rajapaksa. They in fact also call for ouster of whole Rajapaksa family from the government as several family members have been holding upper positions in the government.

Sri Lanka is situated at a location of immense strategic importance. It is in the centre of maritime silk route for trade between South Asia, Far East, Europe and America since 8th century BC. It is located at the cross roads of major shipping routes and is gifted with natural harbours serving as a convenient port call for shipping lines and air freight services.

The country has been subjected to Civil War with the Liberation of Tamil Tigers of Elam LTTE for a period of almost 26 years. It was in year 2009 that Sri Lanka finally defeated the LTTE and claims to be the first country to have overcome terrorism. At that time, Mr Mahinda Rajapaksa was the President of the country while Mr Gotabaya Rajapaksa was the Defence Minister who played key role in dismantling terrorism in the country. This raised the popularity graph of Rajapaksa family to inordinate heights which led to the sweeping win of Rajapaksa family in 2010 elections and local bodies’ elections in 2012. They lost in 2015 yet again won that too with two third majority in 2020. Mr Mahinda is currently serving as the Prime Minister to his younger brother Mr Gotabaya.

Sri Lanka is blessed with scenic beauty all across its swath. Sri Lanka is one of the oldest traditional Buddhist countries. People from around the world therefore flock to the country to refresh religious affinity and get amused with the nature. Post civil war, Sri Lanka started developing at a face pace with China and India vying to take active role in its development. Both countries have had their own vested interests. For India it’s an important neighbour who should be under Indian influence so as to obviate any chances of trouble emanating from there. For China it serves as an important linkage to String of Pearls strategy and merits Chinese footprint.

During the previous regime of President Maithripala Sirisena, he tried to achieve balance between India and China but the Rajapaksa family has always been tilting more towards China than India. It has therefore resulted in China emerging as the biggest bilateral lender and FDI provider to Sri Lanka. Sri Lanka has a total foreign debt of $51bn, 10% of which it owes to China. Sri Lanka also leased its Hambantota port to China after it became unable to service $1.4bn debt from Beijing used to build it which made west and India apprehensive of Sri Lanka falling into debt trap of China. Sri Lanka is seeking to borrow $1bn as well as $1.5bn credit line from Beijing for bailing out from the current financial crisis.

Sri Lanka and India have had rising bilateral commercial relations ever since Free Trade Agreement was signed between the two in year 2000. As of estimates by end of 2019, bilateral trade between the two stood at $4.19bn, favouring India. Sri Lanka has also received development assistance from India to the tune of $3.45bn out of which $560mn are in grants. During the current financial crisis, India provided $500mn for fuel purchase while extended $1bn credit line for purchase of commodities.

With Covid-19 hitting the globe, Sri Lanka lost $4bn of annual foreign currency inflows earned from tourism. Besides, tax cuts in December 2019, converting agriculture purely organic and reluctance to seek financial aid from international financial institutions have all backfired and resulted in consistent downgrading of country’s credit ratings. With these developments, Sri Lanka was unable to borrow from international capital markets through issuing International Sovereign Bonds (ISBs). Although the government imposed a wide import ban to conserve dwindling foreign currency yet debt servicing has caste heavy on the foreign reserves which have now gone below $1bn. The government has therefore reluctantly resorted to negotiations with the IMF for a loan deal worth $3bn, while halting the payments of debt to the lenders for the time being so as to conserve the foreign reserves for public benefit. To an estimate Sri Lanka needs a total of $7bn to repay its debt this year. Mr Rajapaksa believes that going to IMF will impact country’s sovereignty despite the country approaching IMF for 16 times during the last 56 years.

The Llankai Diyavima (llankai is Sri Lanka in Tamil and Diyavima is Meltdown in Sinhala) bears few pertinent lessons for all. First and foremost is the fact that no matter how important is your geographical location on this planet only right and timely policies can accrue you desired dividends. With the most strategically beneficial location Sri Lanka is in dire economic situation only because the successive governments have been weak in financial policies over the years and have failed to exploit the geography of the country.

Another important lesson is that the fame of past may not help leaders to remain popular indefinitely. People need commodities and basic necessities of life that too in an economical equation. If the leaders no matter how charismatic cannot provide them the same, they may soon lose their aura in the eyes of public who can demand stern action against them as is happening in Sri Lanka.

The policies are to be conceived not only on time but also as long term measures. Policies such as tax cuts or organic agriculture introduced in Sri Lanka might have gained leaders short term popularity but the long term effects remained detrimental. These should not be therefore thrust upon the nation. Also this time, the current government delayed approaching IMF unnecessarily due to which the financial conditions deteriorated unwarranted.

Nepotism or family participation in government is but one menace that the leaders should preferably avoid as much as possible. Appointment of close family members although provides relief to the top hierarchy yet it also brings widespread criticism of the leadership in the event of even a small failure. Consequently, it closes doors of futuristic opportunities for the complete family. The Rajapaksa family is facing same in Sri Lanka and having served their country in the toughest times they are now confronted with severe criticism, anger and anguish of the public.

And last but not the least, if a country doesn’t stand on its own, friends and others come to help but on their own terms which may not be very “economical”. Thus a country’s sovereignty is challenged whenever foreign help or assistance is sought. Leaders of the country therefore must be alive to the repercussions that any foreign assistance brings with it. Sri Lanka has become a contesting field between China and India. If a deal is struck with the IMF, there will be another actor dictating Sri Lanka on its terms. Given Indian growing affinity with the US, a deal with the IMF is likely to be favourable to the Indian interests.

The writer is Non-Resident Research Fellow at South Asia Times and currently working with the Institute of Regional Studies.