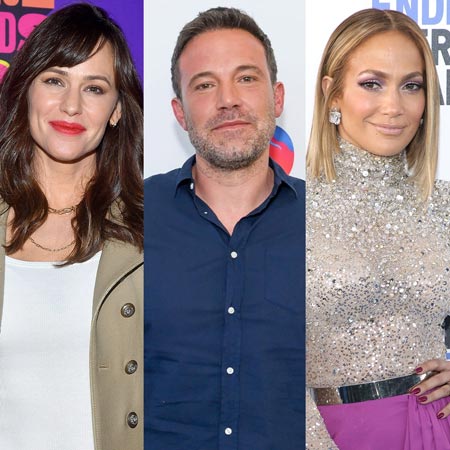 There’s another Jennifer that’s just as happy for Bennifer (2.0). Just a few days after Jennifer Lopez announced her engagement to Ben Affleck (almost 20 years after they parted ways), a source close to Ben’s ex-wife Jennifer Garner exclusively tells E! News that not only is the actress-who shares three kids: Violet, Seraphina and Samuel, with Ben-content with hearing the couple’s recent news, but that she had the heads up. “Ben told Jen and the kids, so they knew about it,” the insider shared. As for how she feels about the “I’m Real” singer “Jen is happy for Ben,” the source continued. “And knows that J. Lo has been a positive influence in certain ways.” And although Ben and J. Lo are ecstatic for their next chapter, as the source shared of their engagement: “They had hoped to keep it private a little bit longer.”? ?That sentiment echoes what a separate source told E! News on the heels of the happy moment, revealing that the couple tried to keep the news-in which the singer announced in a tearful video message to her fans showing off her gorgeous green sparkler on April 8-“private for as long as possible.”

As for the million-dollar moment, the second insider described the engagement as “a very intimate moment, just them two.”

“The proposal was low-key but very meaningful,” the source added. “Ben wanted the ring to be sentimental and put a lot of thought into it.”? ?So much thought, indeed-since it turns out that Jennifer has highlighted her connection to color green and its value in her life before in a previous post shared in her On The 6 newsletter.

The second engagement for Bennifer 2.0 comes almost two decades after the pair were first engaged in 2002, with the two splitting in 2004. After the breakup, the former couple remained friends, with Ben marrying Garner (the two divorced in 2018), while J. Lo went on to have twins Emme and Max with ex-husband Marc Anthony (the pair split in 2014). E! News has reached out to reps for comment.