Sarah Khan reluctant to do films in future; Here’s why! 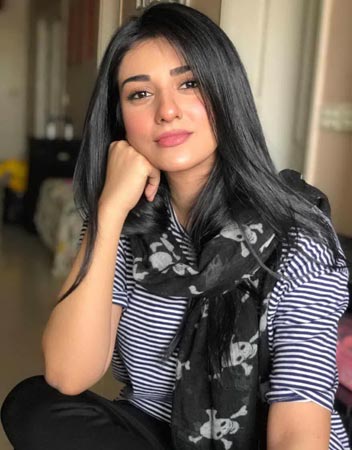 Showbiz A-lister Sarah Khan has expressed reluctance over doing films in near future in order to retain the ‘boundaries’ she has marked for herself.

In a recent conversation with a local news portal, Sarah addressed her plans to not take up an acting job for films anytime soon to maintain the boundaries she has set for herself.

“I have set a few boundaries for myself that I do not want to cross,” she told the interviewer. “If I am offered a project within these limits I will definitely do it.”

Elaborating her statement, ‘Naraz’ actor further stated, “I do not have a problem with doing a film itself. I have problems with some aspects within a film which if they aren’t present, I would do it.”

Sarah Khan even shared her apprehensions regarding the songs in the film and confessed that she cannot dance and is a very bad dancer, which is contrary to the pre-requisite of doing movies as per her perspective.

“It’s not possible that a film won’t have songs. Like romance can be done with the eyes as well and if it’s like that then I’d do it,” she concluded.

Social users loved her stance regarding certain elements in the movies and hailed her as a ‘queen’ who set her own rules and takes up projects on her terms. Sarah Khan tied the knot with singer Falak Shabir in 2020 and the couple welcomed their first child Alyana Falak last year.