Scott Disick and Rebecca Donaldson step out for dinner date 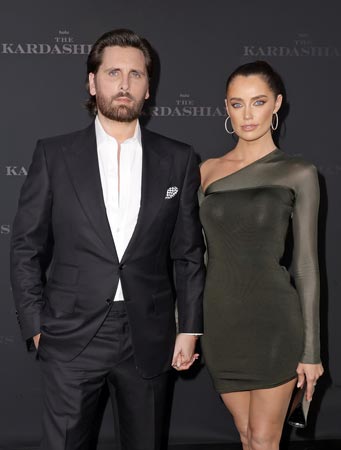 It seems like Lord Disick has a new lady in his life! Scott Disick and model Rebecca Donaldson continued to spark relationship rumours on Saturday, April 9, when the pair were spotted grabbing a bite to eat with friends at Nobu in Malibu.

Keeping their outfits cool and casual, Rebecca could be seen sporting a white tank top, black purse and sunglasses perched on her head, while Scott opted for a laid-back look with a black hoodie.

Things have been heating up between the Flip It Like Disick star, 38, and model, 27, as of late. The pair’s latest dinner date comes just two days after they were seen holding hands while making their red carpet debut together at the Los Angeles premiere for the Kardashian family’s new Hulu reality show The Kardashians on April 7.

Prior to taking their relationship to the red carpet, Scott and Rebecca were also spotted leaving a Los Angeles club hand-in-hand a day earlier on April 6.

The pair’s blossoming relationship comes less than three weeks after a source close to Scott exclusively told E! News that he was “not over” his ex, Kourtney Kardashian.

The pair, who parted ways in 2015, remain in close contact as they co-parent their three children together: Mason, 12, Penelope, 9, and Reign, 7.

That also means that Scott is often around Kourtney’s fiancé, Blink-182 drummer Travis Barker, who she married in a non-binding ceremony in Las Vegas earlier this month. The couple also attended the Kardashians premiere.

The source shared that Scott and Travis are “cordial” but “don’t have a close relationship,” adding, “Travis has no bad blood against Scott, but it’s hard for Scott to be around him and Kourtney.”