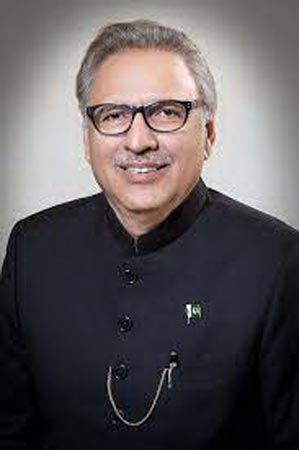 President Dr Arif Alvi Monday said that the steps were being taken to focus on the development of the erstwhile FATA to bring it at par with other areas of the country. The president, talking to a delegation of the Bajaur Chamber of Commerce and Industry (BCCI), which called on him, at Aiwan-e-Sadr, called for facilitating and providing a congenial business and investment environment to the business community of the newly merged districts for the enhancement of trade and business activities in the country. President BCCI Lali Shah, Vice-President BCCI, Miraj Uddin Khan, and executive members of the BCCI, attended the meeting. The president said that despite limited resources and a global financial crunch, Pakistan provided maximum relief to the business community and vulnerable segments of society during the COVID-19 pandemic. The delegation apprised the president of the problems being faced by the trader and business community of Bajaur district. It was informed that the business community of Bajaur was facing difficulties in getting loans from commercial banks. They also highlighted the need to open trading points with Afghanistan to enhance bilateral trade with the neighbouring countries.

Addressing the meeting, the president said that the business community needed to benefit from the loans being offered by the government. The young entrepreneurs can also avail business loans on easy terms and conditions to establish their businesses.

He also encouraged the businessmen to adopt modern business practices which would help increase the outreach of their businesses, besides contributing to the socio-economic development of the country.

The president also asked the trader community to help encourage the youth of Bajaur to benefit from the digiskills program of online skill development initiated by the Ministry of IT and Telecommunication.

He assured the delegation to convey their issues to the relevant departments for their resolution. Meanwhile, Pakistan and Kazakhstan Monday reiterated the resolve to further enhance bilateral cooperation in the fields of trade, economy and defence.

During a meeting between the president and the visiting First Deputy Defence Minister/Chief of General Staff of Armed Forces of Kazakhstan, Lt Gen Khussainov Marat Rakhimovich, both the sides emphasised the need to work together for the peace and prosperity of the region.

The visiting dignitary, which called on the president at Aiwan-e-Sadr, was accompanied by a delegation. Ambassador of Kazakhstan Yerzhan Kistafin and senior officials of the government also attended the meeting. Welcoming the delegation, the president said that Pakistan highly valued its ties with Kazakhstan and wanted to further expand bilateral cooperation in various areas of mutual interest.

He highlighted that tremendous opportunities of cooperation existed between the two countries which needed to be capitalized upon for the mutual benefit of the two sides.

He said that Gwadar Port offered enormous opportunities to Kazakhstan for promoting trade with Middle East and other countries of the world.

Expressing concern over the human rights violations in the Indian Illegally Occupied Jammu and Kashmir (IIOJK), the president said that India was involved in the genocide of the Muslims and its belligerent attitude posed threat to regional peace and stability. He urged that the international community should play a positive role to resolve the Kashmir issue in accordance with the UN Security Council resolutions.

He informed that the incidents of Uranium smuggling and the firing of missile into Pakistani territory showed the irresponsible behaviour of India and the international community should take note of the Indian behaviour. The visiting Chief of General Staff of the Armed Forces of Kazakhstan underlined the need for enhanced defence and economic cooperation between the two countries. He appreciated the preparedness of the Armed Forces of Pakistan, which had played important role in ensuring peace and stability in the region.