* 174 lawmakers vote in favour of no-confidence motion to oust PM, without PTI dissenters 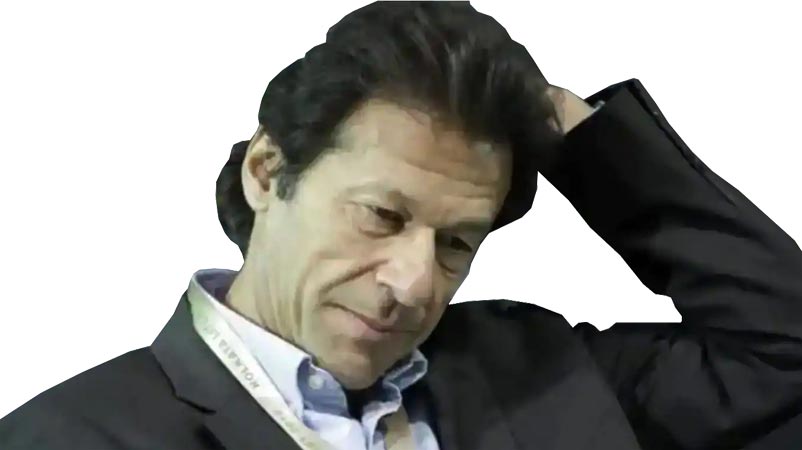 In a historic first in Pakistan’s politics, Imran Khan late Saturday became the first prime minister to be ousted from office through a no-confidence motion on a day full of high political drama which also saw National Assembly Speaker Asad Qaiser and Deputy Speaker Qasim Khan Suri resigning from their positions.

The no-confidence motion against the former prime minister was passed during a crucial session of National Assembly which commenced at 10:30am on Saturday morning and culminated in the wee hours of Sunday.

As many as 174 lawmakers voted in favour of the motion to oust the premier without PTI dissenters. Ayaz Sadiq couldn’t cast vote as he was chairing the session. Treasury benches MNAs left the House after National Assembly Speaker Asad Qaiser stepped down from his post and handed over the charge to PML-N leader Ayaz Sadiq.

“174 members have recorded their votes in favour of the resolution, consequently the resolution for the vote on no-confidence against Mr Imran Khan, the prime minister of Pakistan, has been passed by a majority,” Ayaz Sadiq announced after the process of voting was completed.

Following the announcement of the result, the speaker called Shahbaz Sharif to deliver a speech.

Despite the PTI government’s hectic efforts to avoid voting on the no-confidence motion against Imran Khan, the historic session of the National Assembly to decide his fate began on Saturday at 10:30am.

The development came after the session was called at 10:30am – in line with the Supreme Court’s decision – and witnessed at least four breaks with the government seeking some way out of the situation, but in the end, the Opposition was able to get their way.

During the first break – which lasted more than two hours – the Opposition held a consultative meeting in the Leader of the Opposition Shahbaz Sharif’s chamber to discuss a counter-strategy for the government’s alleged plan to prolong the session so that voting could not take place today.

Later during the break, the government and the Opposition reached a consensus regarding maintaining order in the House and allowing the speeches to take place uninterrupted, per sources.

From the Opposition’s side, JUI-F leader Maulana Asad Mahmood assured the members of the treasury benches that they will not interrupt speeches delivered from the government’s side once the session begins; however, he warned that if the MNAs from the treasury benches created a ruckus, the joint Opposition leaders will also react accordingly.

Following a delay in voting on the no-confidence motion, the joint Opposition, in a statement, said that Imran Khan is no longer the prime minister of Pakistan. The leaders further reiterated that neither the Opposition, judiciary nor the people will accept any “unconstitutional move” of PM Imran Khan. The joint Opposition further stated that now that Imran Khan is not the prime minister of Pakistan anymore, “he has lost the power of the state and government.”

“None of his decisions, action or order will hold nay constitutional or legal status,” they said, adding that he [Imran Khan] would have to face consequences for every unconstitutional step and the nation will condemn all his actions.