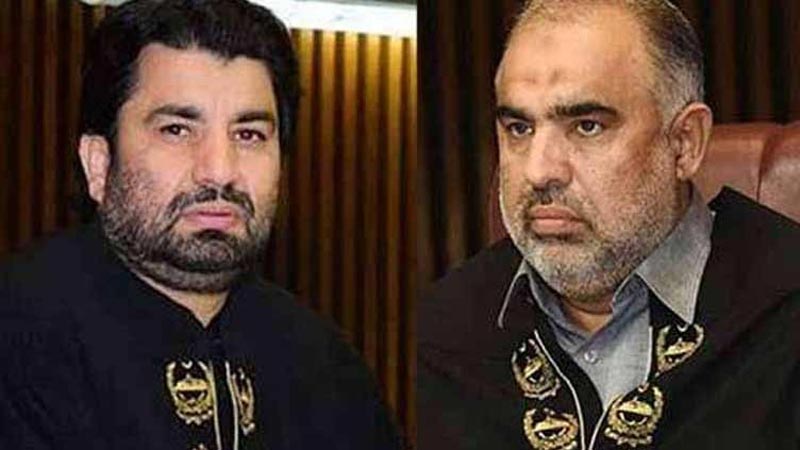 Speaker National Assembly Asad Qaiser and Deputy Speaker Qasim Khan Suri on Saturday tendered resignations from their respective offices. According to the Assembly Secretariat, both the Speaker and Deputy Speaker have tendered resignations. Elections for the slots of Speaker and Deputy Speaker would be held before the election of new leader of the House, it further said. Earlier, Asad Qaiser resigned from his post and asked PML-N leader Ayaz Sadiq to take over his seat to hold a vote on the no-confidence motion. Hours before the Supreme Court’s deadline for the vote of no-confidence motion was to expire, Qaiser took hold of his seat and chaired the session. “I am liable to the Constitution and the most important demand of the oath is to protect the sovereignty and integrity of Pakistan,” said Qaiser while addressing the assembly. The former speaker said that the Cabinet has shared the alleged “threat letter” with him and asked the lawmakers to stand for the country’s sovereignty.

Qaiser asked Opposition leader in National Assembly Shahbaz Sharif to review the letter and also shared that he would send the letter to Chief Justice of Pakistan Umar Ata Bandial. “I can no longer remain on the seat of the speaker and I resign,” said Qaiser. He also shared that he accepts the Supreme Court’s decision and asked former speaker Ayaz Sadiq to run the session. “Ayaz Sadiq is requested to come and complete the legal procedure [on the no-confidence motion],” said Qaiser.