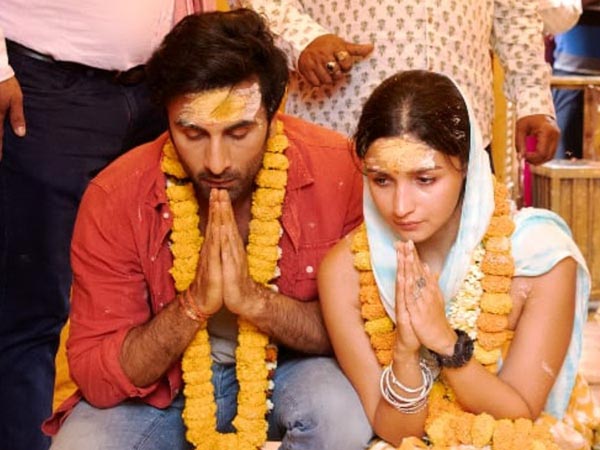 As the countdown to the most-anticipated Bollywood wedding of Ranbir Kapoor-Alia Bhatt has begun, the bride’s close friend and co-star Shahid Kapoor has refused to extend his greetings to the bride and groom to be. Bollywood star Shahid Kapoor who has previously worked with Alia Bhatt in ‘Shaandaar’ and ‘Udta Punjab’ was asked during his recent promotional outing of ‘Jersey’, if he would like to send any message to the couple ahead of the nuptials, which he refused to do so.

“I refrain to comment till there’s an official announcement. Till the time it’s media speculation, it’s a speculation,” Kapoor told the reporters.

It is pertinent to mention that earlier former actor and Ranbir’s uncle, Randhir Kapoor also gave a confusing reaction to the rumored April wedding date of the duo. “I don’t know why people take such liberties with Alia and Ranbir,” he said. “They are to get married in the RK house? I have heard no such thing. Not that I am aware of. If such a big wedding was happening at our house, somebody would have surely called me up and informed me.”

As per the insights, the couple will exchange the vows in an intimate affair on April 14 in Mumbai, while a grand reception will be thrown later for industry pals in the last week of the month. On the work front, both actors will be seen in Ayan Mukherji directorial ‘Brahmastra’, slated to release in September this year. The title will be the first on-screen outing of Ranbir Alia together.