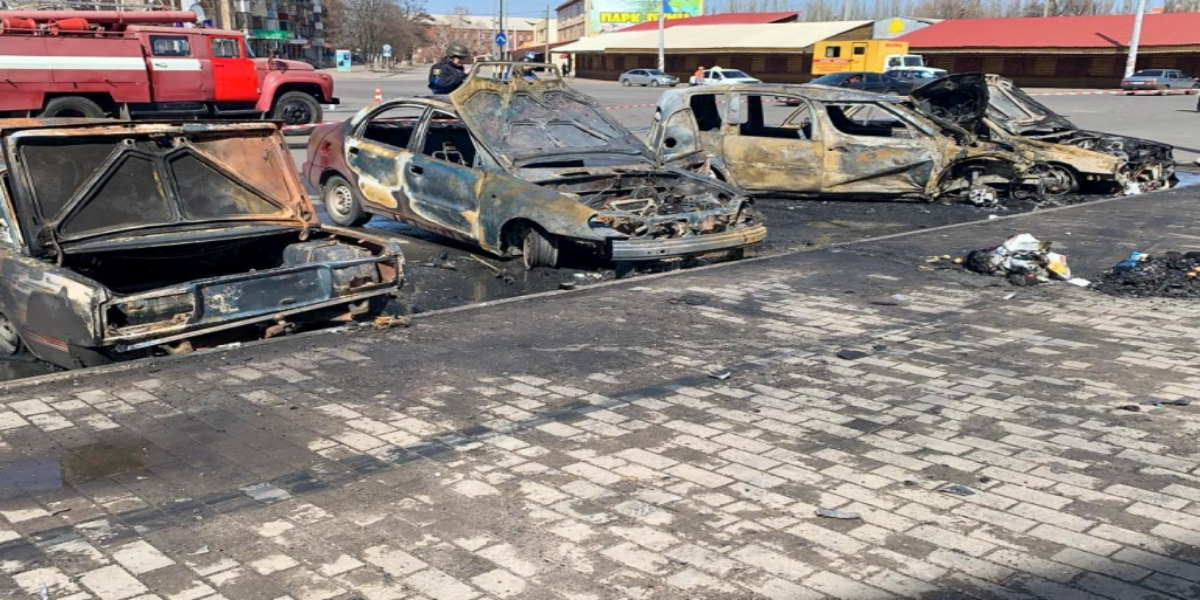 Kramatorsk: A rocket attack killed at least 35 people Friday on a train station in Kramatorsk in eastern Ukraine that was being used for civilian evacuations, a rescue worker told.

Journalists on the scene saw at least 20 bodies of people grouped and lying under plastic sheets next to the station. Blood was pooling on the ground and packed bags were strewn outside the building in the immediate aftermath of the attack.

The journalists said four cars next to the station had been destroyed and the remains of a large rocket with the words “for our children” in Russian were lying adjacent to the main building. Bodies were later seen being loaded onto a military truck.

The head of Ukraine’s railway company, Alexander Kamyshin, wrote on social media earlier that “more than 30 people were killed and over 100 were injured” in the attack on the station. He said that two rockets hit the station.

“This is a deliberate attack on the passenger infrastructure of the railway and the residents of Kramatorsk,” Kamyshin said. Kramatorsk was hit by Russian strikes earlier this week but had otherwise largely been spared the destruction witnessed by other east Ukraine cities since Russia’s invasion.

Ukrainian authorities warned residents in the east of the country to flee westwards immediately in advance of an anticipated Russian attack.