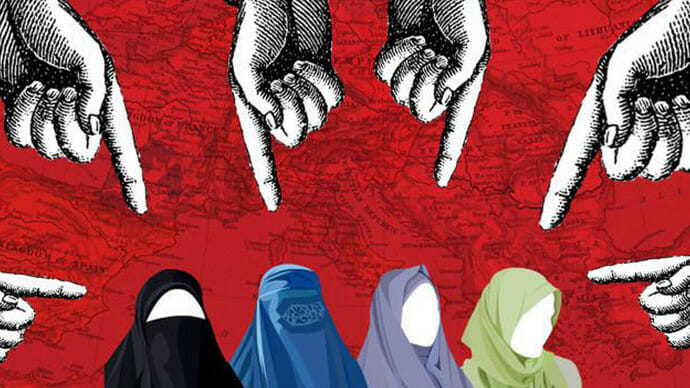 BEIJING: The international community should pay close attention to the worrying level of Islamophobia in India and take resolute measures to stop the Indian authorities from committing systematic human rights violations against minorities particularly Muslims.

These views were expressed by Cheng Xizhong, Visiting Professor at Southwest University of Political Science and Law in a statement on Thursday.

Lately, more than 40 houses of the Muslim community in the Karauli area of Rajasthan, India were burned and vandalized by radical Hindu zealots belonging to BJP-RSS. Such an incident could not have happened without the dispensation of the Narendra Modi regime and the acquiescence of local security authorities.

Prof. Cheng, who is also a Senior Fellow of the Charhar Institute, noted that recent years have been replete with traumatic instances that reflect the Narendra Modi regime’s deep-seated animosity against the Muslims in India. This has also fully exposed the Hindutva agenda of the current regime.

To consolidate its fascist ruling position, the current regime has adopted the strategy of divide and rule and ruthlessly suppressed the minorities, especially Muslims.

He said that under such circumstances, the minorities in India all live under fear and intimidation, but the young groups of the minorities have been fighting back, which has kept the whole society in turmoil and seriously affected social and economic development.

In the end, not only the minorities but also the majority of Hindus are deeply affected. Therefore, the poverty rate in Indian society is rising.

Prof. Cheng said that the Narendra Modi regime’s practice of consolidating its ruling position by creating social division is a serious crime against human life.

He called upon the international community to pay close attention to Islamophobia in India and take resolute measures to stop the Indian authorities from committing systematic human rights violations against Muslims, so as to ensure the safety, security and well-being of all minorities in India.