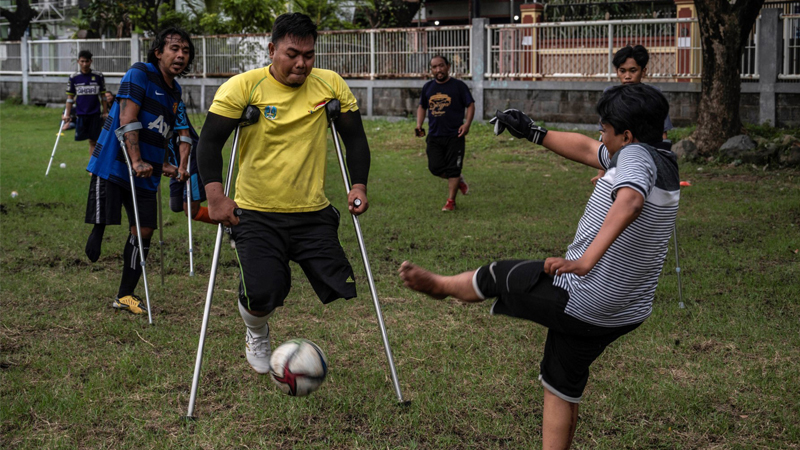 SURABAYA: Syaiful Arifin loved football as a child but feared his playing days were over when he lost his left leg aged 12 after falling off a train. Now 38, he is back on the field after helping to form Surabaya amputee football club, or PERSAS. The team in Indonesia’s second-largest city Surabaya started in February and currently has eight players, including Arifin, and big ambitions. “Football was my hobby since I was a kid but after my accident I no longer dreamed of playing the sport,” Arifin, who makes a living running a grocery store, told said during a break from training. After learning online about football for amputees, Arifin and his friends decided that Surabaya needed its own team. Arifin may only have one leg, but thanks to a pair of crutches and his passion for football, he can move effortlessly across the pitch in agile and precise movements. “I am so happy and proud,” said team coach Muhammad Komar. “Despite their limitations they have an incredible spirit that deserves praise. Even with only one leg they manage to get up again. That’s very commendable.”