EU concerned over treatment of human rights defenders in India

* In letter to Modi, 21 EU MPs deplore that concerns raised locally and internationally have met silence in India

Members of the European Parliament Thursday expressed deep concern regarding the treatment of human rights defenders in India, especially those jailed under the Unlawful Activities Prevention Act (UAPA).

In a letter addressed to Prime Minister of India Narendra Modi, 21 members of European Parliament stated, “We, the undersigned Members of the European Parliament, are writing to express our concern over the treatment of human rights defenders (HRDs) in India.” “We have followed cases of HRDs being jailed for their peaceful work, targeted under anti-terror laws, labeled as terrorists, and facing increasing restrictions on their ability to safely mobilize and access funds due to restrictive legislation. We are especially concerned about the safety of unjustly jailed defenders with emphasis on 15 HRDs accused in what is known as the Bhima Koregaon case and 13 defenders currently in jail for their campaign against the Citizenship Amendment Act (CAA).”

“We have followed – and written to you several times about – the Bhima Koregaon case since June 2018. The 16 well known HRDs jailed under the Unlawful Activities Prevention Act (UAPA) are prominent individuals known for their commitment to the human rights of the most marginalized – particularly Dalit and Adivasi. They have been labeled as terrorists, subjected to deliberate smear campaigns and repeatedly denied bail despite their age and the risks posed by Covid-19. We are anguished by the death in custody of 84 year-old Jesuit priest Stan Swamy, which we believe would have been preventable, had the octogenarian, suffering from advanced Parkinson’s, been given access to timely medical care and proper treatment. While we welcome the recent release on bail of Varavara Rao and Sudha Bharadwaj, we remain gravely concerned that the risk to the remaining jailed defenders are heightened by their age, underlying health issues and the pandemic and by accounts that they have frequently been denied phone calls to family and lawyers.”

They took note that the systemic use of anti-terror legislation the UAPA to quash dissent had been widely condemned including by sitting and retired Supreme Court judges. “In particular, we are concerned that the UAPA permits detention without charge for up to 180 days and restricts recourse to bail. Its use poses even greater risks to those with health issues. We deplore that concerns raised locally and internationally have been met with silence and are shocked that not even the death in custody of a sick and elderly HRD and the serious medical issues faced by several others has prompted a change.

The use of the UAPA against HRDs undermines the law’s original intent and serves only to punish defenders for their work, without the need for trial and sentencing.”

They expressed concern about the use of illegal spyware and/or the planting of key digital evidence on the accused’s computers and allegations of digital surveillance of those accused in or involved in advocacy on the Bhima Koregaon case using the Pegasus spyware.

“This raises grave concern over the role of the government and the credibility of evidence against those jailed.

We are also worried about the abuse of UAPA to target other HRDs, such as the 18 defenders peacefully protesting against the discriminatory CAA. We are alarmed that 13 of them are still in jail, all from the minority Muslim community. We are particularly shocked at accounts that court intervention was required to prevent police from leaking documents of the accused to the media in several instances and that many have complained in court of being denied basic essentials in jails, that Muslim detainees have alleged discrimination by jail staff, and that they are held in what amounts to solitary confinement.”

They expressed worry that the prominent human rights defender Khurram Parvez remained in detention under the UAPA in one of the most overcrowded and unsanitary prisons in the country for his documenting of rights violations in Indian-administered Kashmir.

Echoing calls by UN experts, they viewed their case as emblematic of the way the Indian government “continues to use the UAPA as a means of coercion to restrict human rights defenders’ fundamental freedoms in the country.”

“We are alarmed by this over broad use of the UAPA and condemn in the strongest terms the arrest and continued incarceration of human rights defenders as punishment for their human rights work.”

They drew attention to the most recent endorsement by India of the Universal Declaration of Human Rights in September 2020, and the Human Rights Dialogue between India and EU and wished to emphasize that any deepening of EU-India ties will have to be ratified by the European Parliament.

“We expect that India shows its ability to be a rights-respecting partner in this endeavor, especially on the fight against terrorism. Progress on releasing the above-mentioned defenders will be key to confirming the EU can count on India in this area.”

“Following the EU Guidelines on Human Rights Defenders, we will be following up with the EU delegation and member States embassies in Delhi, and will be requesting a discussion on the matter in the European Parliament.”

They called upon all Indian authorities to immediately and unconditionally release all those detained without basis as reprisal for their human rights work, especially those under trial in the Bhima Koregaon case; targeted for their campaign against the CAA, and Khurram Parvez upholding the judicial principle that bail should be the norm and not the exception.

The members also urged to ensure that the treatment of the above defenders, while in detention, adhered to the conditions set out in the ‘Body of Principles for the Protection of All Persons under Any Form of Detention or Imprisonment’, adopted by UN General Assembly resolution 43/173 of 9 December 1988. 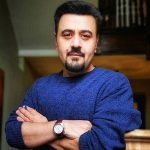