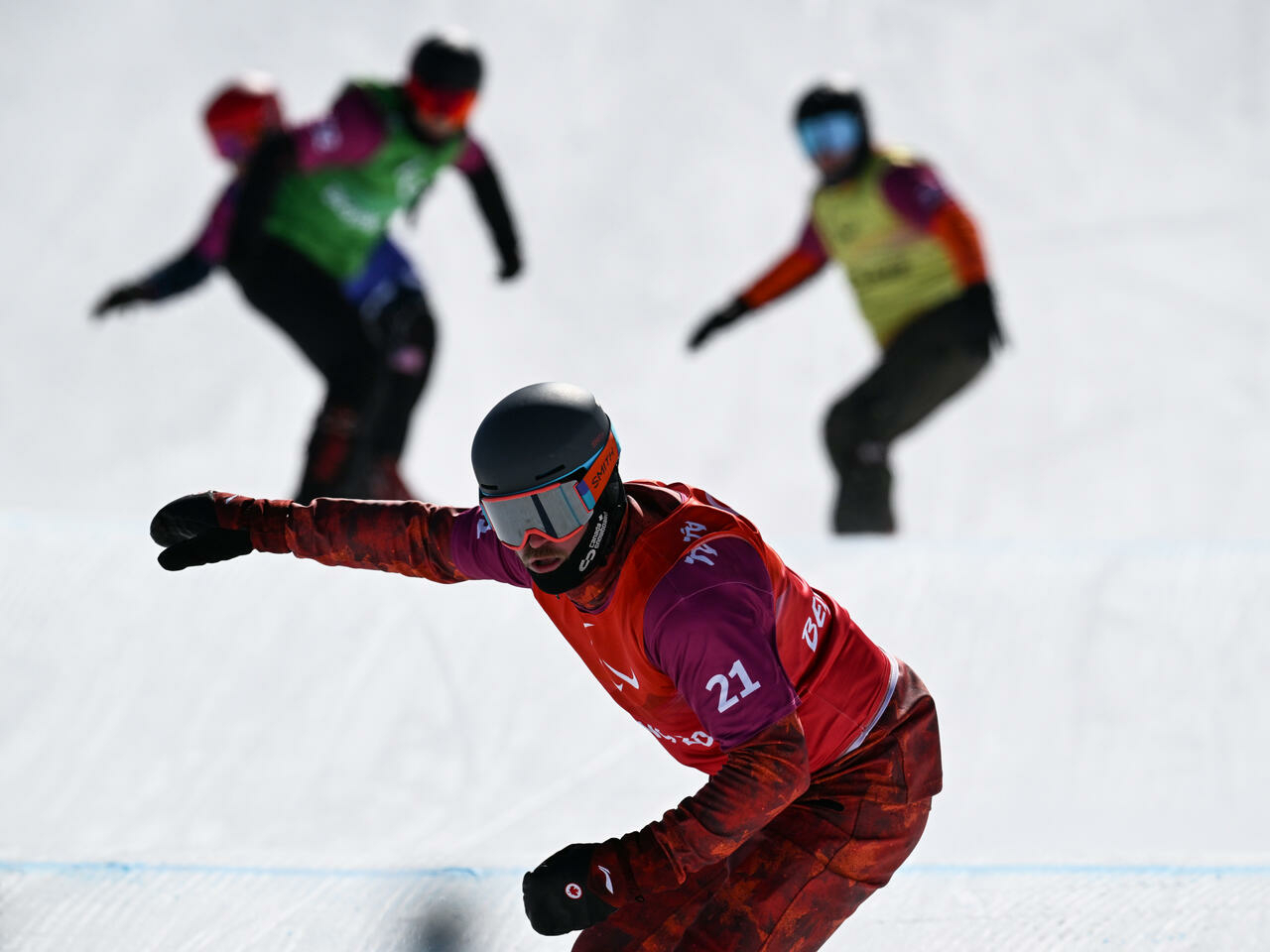 Beijing: As he lined up for his gold-medal winning race at his debut Winter Paralympics in Beijing, Canadian snowboarder Tyler Turner pretended he was going for a skydive.

The skydiving instructor was in a coma for four days and almost died.

His meteoric rise through the ranks of para snowboarding since has been a brutal physical and emotional rollercoaster, Turner said.

“It’s been a wild ride. The first couple of years were a really tough grind,” he told AFP in Zhangjiakou, outside the Chinese capital.

Initially, Turner was able to get back on a surfboard because it was low impact, then years later with a lot of rehabilitation, he could finally hit the slopes again.

“Snowboarding is my favorite thing on earth,” he said.

The coronavirus pandemic saw most of the 2020-21 para-snowboarding season canceled, but Turner bagged gold at last year’s World Cup at Colere in Italy.

On Monday, Turner outclassed his opponents in the snowboarding cross LL1 category to claim gold and help Canada climb from sixth to the third spot on the overall medal tally on day three of action at the Beijing Games.

He beat the defending Paralympic champion Mike Schultz of the USA, China’s Wu Zhongwei, who claimed bronze, as well as Chris Vos from the Netherlands in a dramatic race with plenty of thrills and spills.

Since his accident, Turner has battled inner demons as well as an addiction to pain medication on his road to Paralympic glory.

“I like to tell people it’s not pretty, it’s not sexy — it looks like I lost my legs yesterday and woke up tomorrow on the top of the podium, but that’s not how it goes,” Turner said.

“You’ve got to keep your head down. There are going to be setbacks. You’ve just got to keep pushing forward — perpetual motion.”

As well as para snowboarding, Turner competes in para surfing and lives on a sailboat off the west coast of British Columbia with his girlfriend Kayleen.

The adventure seeker has continued working as a skydiving instructor despite his accident.

In July 2020, Turner was the first bilateral amputee to become a wingsuit pilot.

Turner, who has hundreds of skydives under his belt, says he will go home to Canada after the Games and jump out of a plane to celebrate his gold.