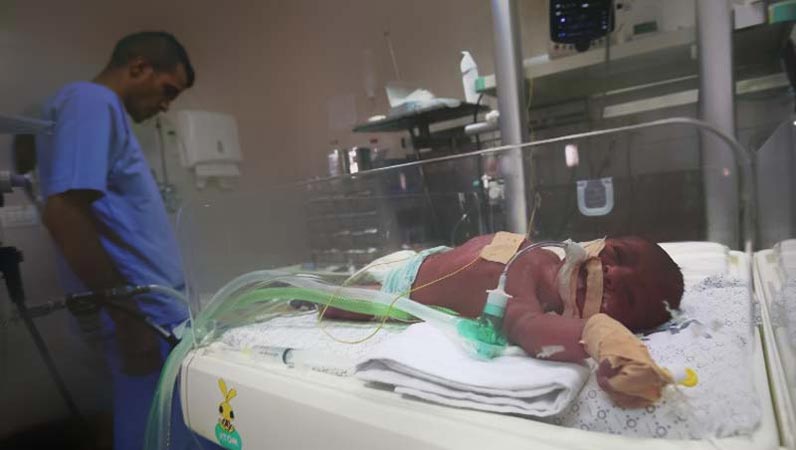 Shortage of ventilators at government hospitals in Sindh’s Hyderabad and Mirpurkhas divisions is killing dozens of children every month, a private TV channel reported.

Public sector hospitals in 10 out of 12 districts of the divisions are without ventilators. The government has left critical infant care largely to the private sector or charity organisations. Newborns and infants who need to be put on artificial breathing are referred to Karachi’s National Institute of Child Health (NICH). But many of them die before arriving at the NICH, says NICH head Dr Nasir Saleem.

Dr Mubashir Ali, who is the Medical Superintendent at Hyderabad Civil Hospital, told SAMAA Digital that children from all over Sindh are brought to the hospital in case of emergencies. Every day, at least two to three children are brought to Civil Hospital Hyderabad who needs to be put on life support. If a child has to be put on a ventilator, we refer them to neonatal ICU at Khidmat-e-Khalq Foundation Hospital, said Dr Ali.

In Mirpurkhas division’s Mithi, Dua Foundation has set up and operates ventilators for children. Dr Ali says Hyderabad Civil Hospital’s child care unit is almost ready and will be functional in two weeks. The unit include neonatal ICU, Paediatric ICU and Paediatric Surgical ICU along with 22 ventilators.

But until the unit in Hyderabad becomes operational children must battle death to reach NICH in Karachi. The NIHC has also been overwhelmed because it receives patients from not only Sindh but also from Balochistan.

NICH officials say that there are 40 ventilators at the institute – 16 in Neonatal ICU, 14 in Medical ICU and 10 in Surgical ICU. Many children are brought here from other parts of Sindh who are in need of a ventilator, said Dr Murtaza, head of Medical ICU.

Sindh Public Health Director General Dr Jumman Bahoto argues that the government doesn’t need to maintain ventilators as the welfare hospital in Hyderabad has ventilators. Bahoto was unable to tell how many ventilators are there for children at government hospitals in the province. There are ventilators for children in Karachi’s NICH and children from across the Sindh are referred there when needed, said Bahoto.