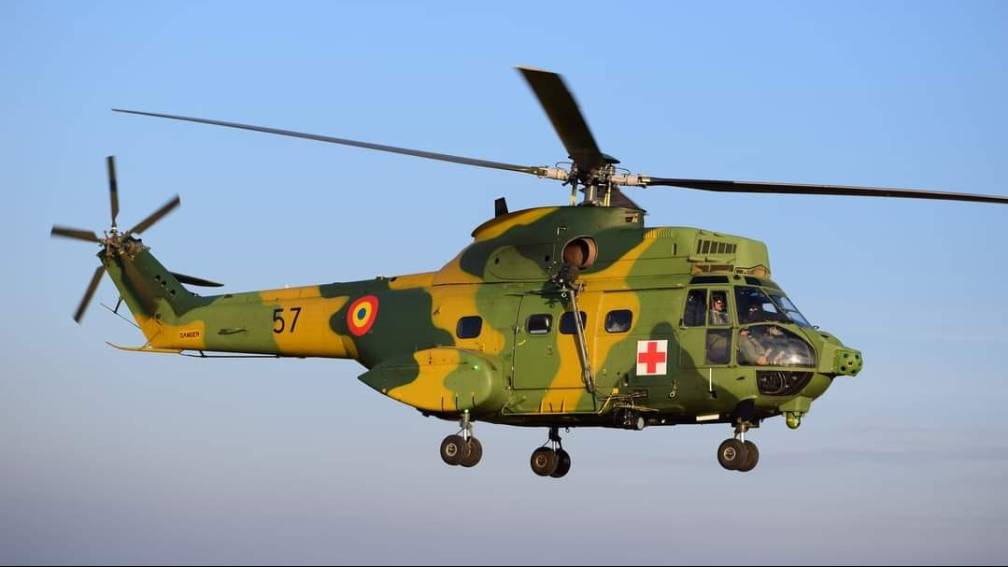 Bucharest: Seven military personnel died after their helicopter crashed on Wednesday in eastern Romania near the Black Sea while searching for a missing fighter jet and its pilot, officials said.

“Seven military personnel lost their lives in an air crash involving an IAR 330-Puma helicopter on Wednesday,” the defense ministry said in a statement posted on Facebook.

“In addition to the five crew members initially reported, two sea rescuers from the Romanian Naval Forces were also on board.” “Search and rescue operations for the pilot of the MiG 21 LanceR aircraft are still ongoing,” it said.

The IAR 330-Puma helicopter crashed in the area of Gura Dobrogei, 11 kilometres (seven miles) from the airfield. It was searching for the fighter jet, shortly after the jet lost radio contact with the control tower and disappeared from the radar.

The pilot had reported adverse weather conditions and had been ordered to return to base, according to ministry spokesman General Constantin Spanu. “It is premature to discuss possible causes. Certainly, there were unfavorable weather conditions, but we can’t comment now,” he told Digi24 television.

“We have two commissions of inquiry set up. Our focus is on the search-and-rescue operation,” he said.

In 2018, a Romanian Air Force pilot died after his MiG21 Lancer fighter jet crashed during an airshow in the southeast of the country. The Romanian Air Force still relies on the Soviet-era MiGs for missions of air policing though it is modernizing its air force.