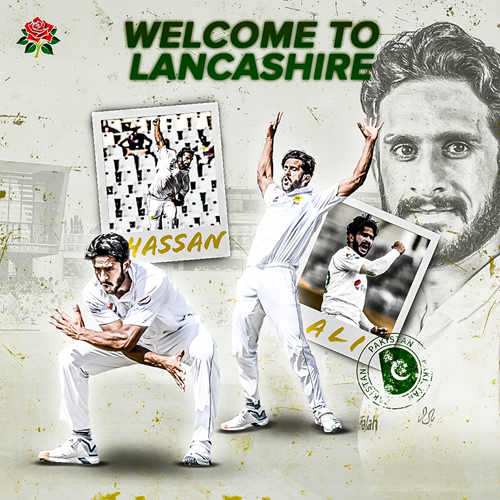 The 27-year-old is a demonstrated wicket-taker in red-ball cricket, with 72 wickets at an average of 21 in Test matches and an overall First-Class count of 244 wickets at 23.

Hassan initially played for Pakistan in August 2016 in a One-Day International (ODI) prior to making his T20 International debut against England at Emirates Old Trafford.

He then, at that point, made his Test bow against the West Indies in mid-2017 and has proceeded to include multiple times for his country in red-ball cricket.

The right-arm medium-quick bowler has since proceeded to obtain six five-wicket halls at Test level, including against the top-ranked side, New Zealand.

He led the Pakistan bowling attack, taking 17 wickets to complete as leading wicket-taker – and Player of the Tournament – while just giving 4.29 runs per over.

Talking to join Lancashire Cricket, Hassan Ali said: “I am very excited at the prospect of playing county cricket in England for the first time in my career.

“Emirates Old Trafford is a stadium that holds special memories for me, after making my T20 International debut against England there in 2016.

“I’m exceptionally pleased to continue in the footsteps of Wasim Akram, a Pakistan legend, who generally discusses profoundly his experience with Lancashire. I can’t wait to join up with the squad in April and I hope to make a significant contribution in the games that I play.”