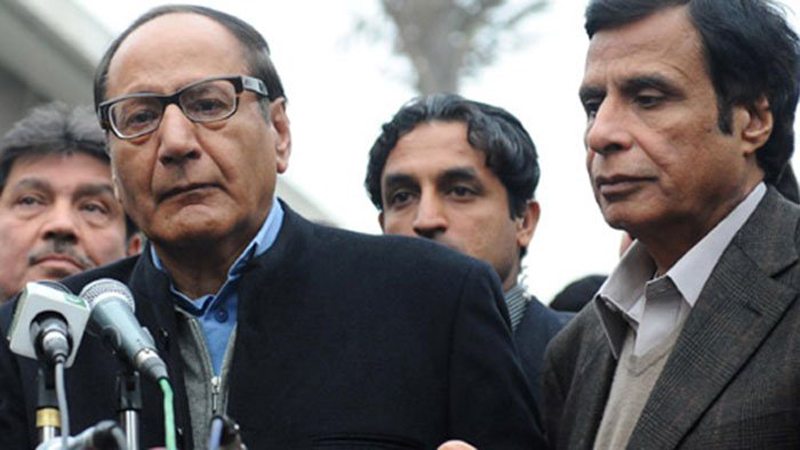 As political temperatures in the country are soaring, the Pakistan Muslim League-Quaid Tuesday assured Prime Minister Imran Khan of its steadfast support against the opposition’s no-confidence motion.

This was said in a meeting of Prime Minister Imran Khan with Chaudhry Shujaat Hussain and Chaudhry Pervaiz Elahi in Lahore.

According to the inside story of the meeting, Chaudhry brothers assured Imran Khan of their steadfast support. They said Leader of the Opposition in the National Assembly and PML-N President Shehbaz Sharif had visited them after 14 years, adding that they had told Shehbaz Sharif that PM Imran Khan’s position would strengthen if the opposition’s no-confidence motion failed to remove him and they [Chaudhry brothers] would sink under the ground.

“What is the use of such move that is bound to fail,” Chaudhry brothers told Shehbaz Sharif.

Meanwhile, the prime minister also took the Chaudhry brothers into confidence on their visit to Russia and China and said that many people told him not to go to Russia to which he replied that it would be inappropriate to cancel the visit now.

Earlier, a member of Jamaat-e-Islami delegation asked the PML-Q head whether he had made up his mind about making Chaudhry Pervaiz Elahi the Chief Minister of Punjab.

On this, Chaudhry Shujaat said if matters were settled then it will take no time to make up the mind; however, both PTI and PML-N do not want Chaudhry Pervaiz Elahi as chief minister of the province.

He said both the parties fear that the politicians who left PML-Q to join these parties will return.

Meanwhile, a meeting between the Opposition Leader in the National Assembly Shehbaz Sharif and Speaker Punjab Assembly Chaudhry Pervaiz Elahi has been delayed.

According to a news report, Shehbaz had invited the PML-Q’s leadership for dinner; however, the latter are yet to confirm their availability.

They further said that Shahbaz had invited PML-Q leaders Pervaiz Elahi and Moonis Elahi last week, and they had promised to get back in two days; however, no response has been received so far.