What made Afghanistan relevant to the super powers? 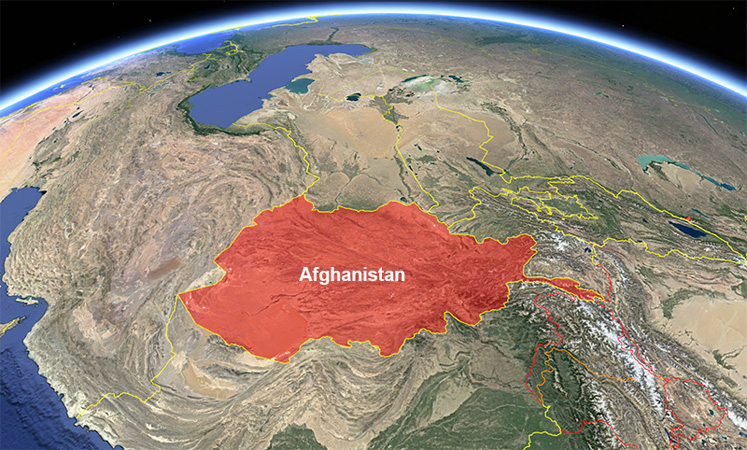 Many armchair warriors state that without Pakistan Army creating mujahedeen, there would have been no ravaging of Afghanistan in the years following the mujahedeen’s birth. Whereas, there are pros and cons of this decision taken by many, especially other stakeholders, by no means a sweeping statement putting the blame on the Pakistani Boots is justified. History needs to be understood in its correct perspective.

If one steps back in time, history tells us that till 1979, till the time that the Shah of Iran provided US with military bases as well as intelligence facilities and with the US in return providing Iran with military assistance, the US did not feel threatened by the Soviets. Iran controlled the flow of oil, also providing a bulwark against Soviet advance towards the Indian Ocean or the Gulf.

With the Shah abdicating his throne in 1979, circumstances took a U-turn. The political setup that followed was not only strongly pro-Islamic, it was also strongly anti-American. The balance that had maintained got upset with Soviet Union placing give or take 100,000 troops to Afghanistan. The troops were placed at attacking distance of both Iran and Pakistan. It was at the upset of the regional balance that US realized it must engage with Afghanistan and cannot continue viewing Soviet Union’s closeness with the former only as its defensive strategy.

Hafizullah Amin’s refusal to give up to the Red Army led to the Soviets to execute him. Kabul became a ‘client state’ of USSR. Segments of opposition always, but always existed. Particularly in the rural areas. An action always leads to a reaction, as published by The Washington Institute for New East Policy, “Despite the oversimplifications of some in academe and opponents of the military campaign against the Taliban, the mujahidin was not simply created by the CIA in the aftermath of the Soviet invasion. Rather, as Red Army crack soldiers flew on Aeroflot planes into Kabul, and as Soviet tanks rolled across the Friendship Bridge from what is now Uzbekistan, a cadre for the enlargement of the Afghan mujahedeen already existed. This cadre had remained in Pakistani exile since their failed uprising four years before. However, even if the mujahedeen existed prior to the Soviet invasion, it was the occupation of a foreign power that caused the mujahedeen movement to grow exponentially in both influence and size as disaffected Afghans flocked to what had become the only viable opposition movement.” [Mar 1, 2002: Michael Rubin] The statement that a segment of Afghan mujahedeen existed in Pakistan back then can be contested.

Interestingly, the US decided to arm the resistant fighters in Afghanistan within two weeks of Afghanistan’s invasion. The myth that this happened due to an offer by Pakistan is factually incorrect. Though Carter administration marked $30 million for the purpose, the amount grew under Reagan. Come 1985, the amount increased to $250 million with Saudi Arab pitched in with an equal amount to match. Two years later this increased to $630 million with Saudi Arabia matching dollar for dollar. Other countries contributions are separate from this. It was not till 1985 that the Reagan’s administration decided to change their strategy from low key, under stated impediment towards the Red Army to a bold strategy of driving them out of Afghanistan altogether. Pakistan was used by CIA reportedly as a transportation pad for providing the resistance fighters {mujahedeen} with weapons. “Upon the weapons’ arrival at the port of Karachi or the Islamabad airport, the ISI would transport the weapons to depots near Rawalpindi or Quetta, and hence on to the Afghan border.” [Barnett Rubin, p.197]

Pakistan was therefore placed in a coordinating position. It would have been patently foolish had it not used the position to promote her own interests. Pakistan dealt with each individual group within Afghanistan for better communication and aimed to aid distribution. The more compliant factions were rewarded better. This also served the US interests. India distanced herself from the US strategy for fear of upsetting her ally Soviet Union.

Afghanistan saw thousands of Red Army soldiers dying, every year, there were diseases and addiction to drugs. Soviet Union also found the ongoing occupation too much of a financial drain on its resources. In 1988, finally, Mikhail Gorbachev, the Soviet Premier, announced the withdrawal of his troops from Afghanistan. Najibullah, the proxy of Soviet Union survived the Mujahideen offensives after Soviet forces withdrew. The US had budgeted for funding the mujahideen for one year only after the Soviet forces exit. The situation that developed however was not as per prediction. Though the gap was covered by Kuwaiti and Saudi donors, aid by Washington petered out. In 1992, no funds for military assistance were allocated for Afghanistan.

The US simply dumped Afghanistan, say most experts. One must at this juncture take into account the fact that in August 1990 Iraq invaded Kuwait. US resources shifted as did their interest geographically. The vacuum was filled by the mujahideen US had armed against the Soviet troops. A strong criticism levelled against the CIA is that they armed different shades of Arab volunteers coming to Afghanistan for jihad who later used these very weapons against the western forces. These volunteers usually came from hardliner Islamist organizations.

The policy envisaged to drive the Soviet forces out from the Afghan soil, though paid off short term, neither the US nor Pakistan understood the enormity of its fallout on a long-term basis. Pakistan was an ally to US through the 1980s in driving out the Soviets from Afghanistan. It was during this time that Pakistan developed the logic that a friendly Afghan government which is pro-Pakistan will suit its national interests.

Pakistan has been in conflict with serving what it sees as its national interests and on the other hand upsetting the US if their diktat is not followed. Here, it is pertinent to note that US should have tried to strike a balance at some point taking into consideration the geographical placement and security concerns of Pakistan which many experts feel were treated as a ‘lesser’ ally. Pakistan is also accused of supporting the Taliban [the rechristened face of the mujahedeen]. Of trying to control the internal dynamics within Afghanistan. It is reportedly also a fact that Pakistan’s influence over the Taliban decreased over time. The cost of the strategy has been seen on the lives of people in Pakistan, eroding the social fabric in the country among many other negative cascading effects.

To quote The Watson Institute, International and Public Affairs of Brown University, “This increased US support has coincided with a dramatic escalation of the conflict between local Pakistani insurgents and their government. Most of the fighting is concentrated in the Northwest, near the border with Afghanistan, but the bloodshed not infrequently affects civilians throughout Pakistan.” [June 2021]

Pakistan does not wish to have the Afghan soil used as a launch pad by India. It also wants to arrest expansion of the Pashtun nationalism. Therefore, the desire to have a Pakistan-friendly setup in Afghanistan makes imminent sense. However, it is the tactics based on a short- and long-term strategy that needs to be fine-tuned.

To elaborate, Pakistan has spent a colossal amount of money to fence the 2,600-kilometer historically porous border with Afghanistan of which 83% has been done. [December 04, 2020: VOA] The Taliban has not accepted the Durand Line neither it has spoken against concept of Pashtunistan. Further, Afghan Taliban maintain a good rapport with Tehreek-e-Taliban Pakistan (TTP), also called Pakistani Taliban. This nexus can create serious issues for Pakistan.

The question that faces Pakistan today is what exactly are the choices open to Pakistan regarding a strategy towards Afghanistan? Very few. Any offensive against the Afghan Taliban militants having entered Pakistan will have severe reaction.

“Lawmakers quoted the two military commanders as admitting that the Afghan Taliban and the Tehreek-e-Taliban Pakistan (TTP) were “two faces of the same coin”. They said that well-trained Afghan Taliban militants were present across Pakistan, according to the lawmakers interviewed by RFE/RL. The army could launch an offensive against the group immediately but the country should be “prepared for the reaction,” the military leaders said.” [July 02, 2021: By RFE/RL’s Radio Mashaal]

Another option is to ensure safe return of all refugees to their homeland. Some protest that many have married locally and therefore cannot go back. Not every refugee has married locally. The list can be divided in two parts. Those who have not married locally should be sent back as soon as possible. Strategy for List 2 should be devised. The important thing is to cut through localities where sleepers can be injected easily. Reports of constant trickle of Afghan refugees using Balochistan on a daily basis keep coming. The VOA on July 13, 2021 published on their website, “In a June 27 interview with Geo News, a local Pakistani channel, Pakistani Interior Minister Sheikh Rashid Ahmed admitted that the Afghan Taliban’s families reside in Pakistan, adding that “sometimes their dead bodies arrive, and sometimes they come here in hospitals to get medical treatments.” Locals and eyewitnesses on the ground with knowledge of Taliban activities in Pakistan have confirmed to VOA that the militants enjoy sanctuaries in Pashtun areas of Balochistan province.”

Afghans historically have not seen Pakistan as a friend. Pakistan’s overtures will not change that perspective. Pakistan must devise a strategy that gives us positive results that make us safe, strengthen us nationally and internationally. The current optics do not deliver. 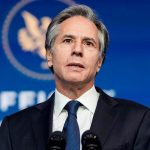