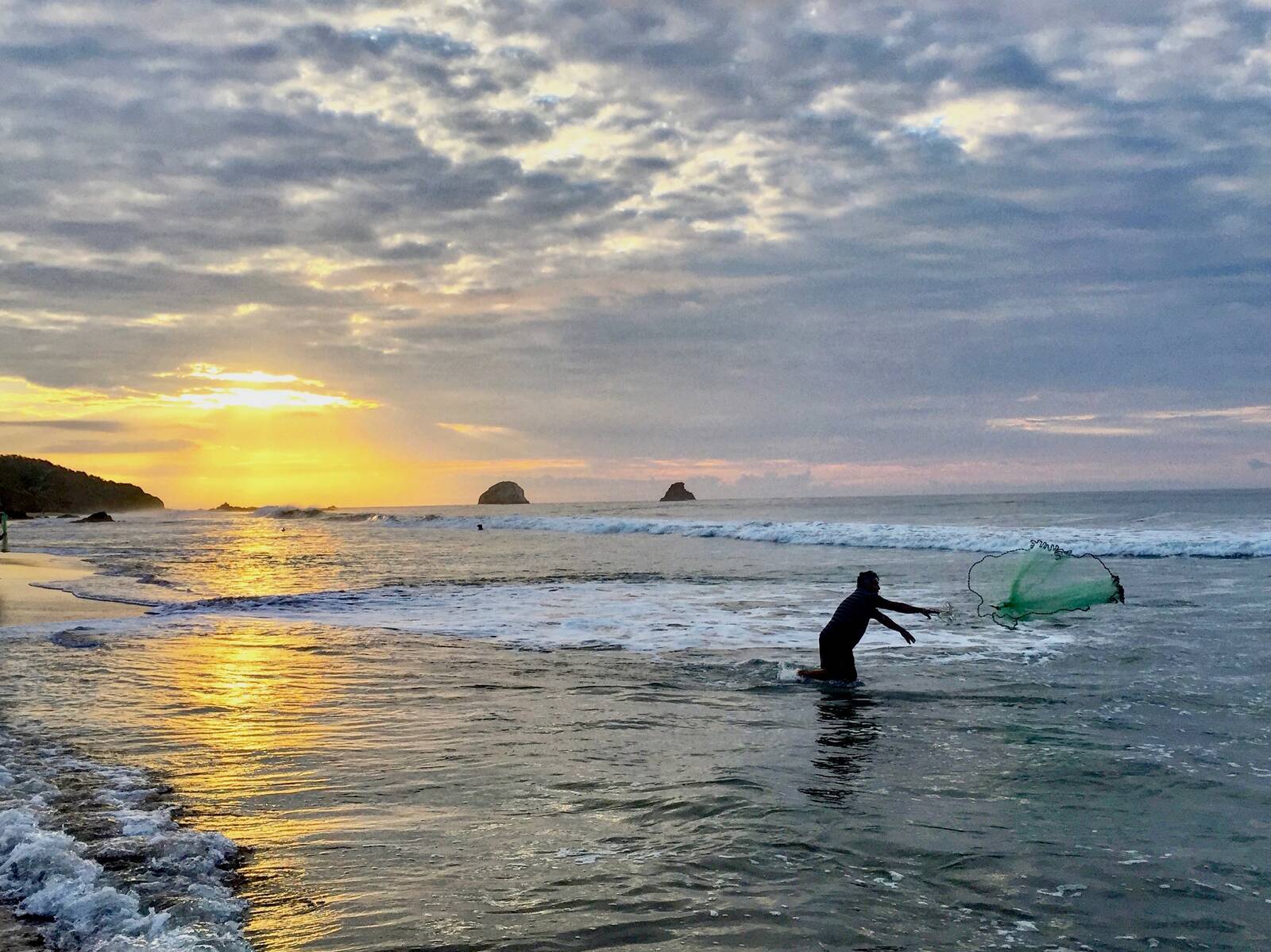 UNITED NATIONS: United Nations Secretary-General Antonio Guterres has called on the international community to “change track” in protecting the ocean from the climate crisis.

Global warming, biodiversity loss and pollution are a triple crisis facing the planet, he said in a video message to the One Ocean Summit taking place in the northern French coastal city of Brest., warning that the ocean “shoulders a great deal of the burden”.

As the ocean serves as a giant carbon and heat sink, it is growing warmer and more acidic, causing its ecosystems to suffer.

“Polar ice is melting and global weather patterns are changing”, the UN chief told the conference on Friday.

The communities who rely on the ocean are hurting as well, he added: “More than three billion people depend on marine and coastal biodiversity for their livelihoods”.

He painted a grim picture of dwindling marine species; dying coral reefs; coastal ecosystems turned into “vast dead zones” as they serve as dumping grounds for sewage; and nutrients and seas choked by plastic waste.

Moreover, fish stocks are being threatened by over and destructive fishing practices, along with illegal, unreported and unregulated fishing.

“We must change tack”,  the Secretary-General stressed.

Pointing out  that it is 40 years since the signing of the UN Convention on the Law of the Sea, the UN chief said,  “The importance of legal certainty in the ocean is paramount”.

He upheld that the second UN Ocean Conference, which will be held in Lisbon from 27 June to 1 July this year, is “an opportunity to cement the role of the ocean” in global efforts to achieve the Sustainable Development Goals (SDGs) and implement the Paris Agreement on climate change.

The UN chief stressed that intensified efforts must be made to protect the ocean, saying that a “sustainable blue economy can drive economic progress and job creation”, while protecting climate.

“We need more, and more effective partnerships, to address land-based sources of marine pollution…urgency in the deployment of offshore renewable energy, which can provide clean power and employment, and…[less] fossil fuels in the ocean economy”, he said.

Guterres welcomed “encouraging steps” taken by some countries, including France, to end single-use plastics and urged others to follow suit.

With some 90 per cent of world trade transported by sea, he said that shipping accounts for nearly three per cent of global greenhouse gas emissions.

“The shipping sector needs to contribute to the necessary 45 per cent cut in emissions needed by 2030, and zero emissions by 2050, in the effort to keep alive our hopes of limiting global temperature rise to 1.5 degrees Celsius”, spelled out the UN chief.

A breakthrough on adaptation and resilience for coastal communities whose lives, homes and livelihoods are at risk is also imperative.

“We must capitalize on the opportunities that nature-based solutions, such as mangroves and seagrasses, provide”, he added.

To promote a sustainable ocean economy, the Secretary-General highlighted the need for global partnerships and investment along with increased support to ocean science “so our actions are based on knowledge and understanding of the ocean”.

“Too much remains unmapped, unobserved and unexplored”, he said.

Throughout the UN Decade of Ocean Science for Sustainable Development, Guterres encouraged concerned citizens everywhere to “deliver on our collective promise of a healthy blue planet for future generations”.