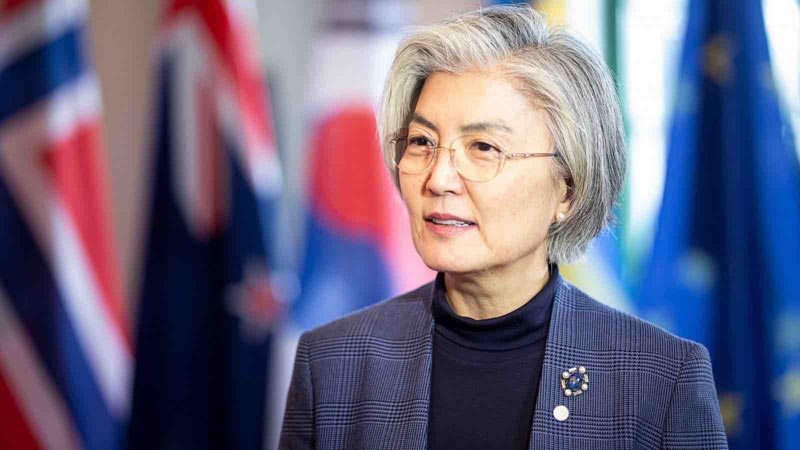 Former Foreign Minister of South Korea Kang Kyung-Wha, who is vying for the seat of Director General of International Labor Organization (ILO), is visiting Pakistan today (Thursday) for a two day trip in order to garner the country’s support for her candidacy.

Kang during her stay will hold meetings with Foreign Minister Shah Mahmood Qureshi and other high ranking officials during which she will apprise them about her priorities and future course of action if elected to the top seat of ILO.

Kang has emerged as a strong contender who has a wide experience in the field of diplomacy and other issues such as human rights and disaster recovery. She was South Korea’s first female foreign minister who served from 2017 to 2021 and before that she held various UN posts including Deputy Human Rights Chief, Deputy Emergency Relief Coordinator, Assistant Secretary General for Humanitarian Affairs and Senior Policy Advisor to the UN Secretary General Antonio Guterres. Throughout her career in Seoul, Geneva and New York, she has been a steadfast advocate for human rights and women’s advancement.

In the recent open dialogues for the candidates aimed at providing them an opportunity to present their vision for ILO, Kang, stated it is time for the ILO to have some fresh input in terms of leadership, insisting that she would be an impartial player and a bridge between the developing and the developed world.

The new DG of ILO will be elected on the 25th March who will assume the office in October 2022. If elected, Kang will be the first female DG ILO of Asian origin, a post historically held by men from Europe and Americas.

Ambassador of the Republic of Korea Suh Sangpyo said that, Kang’s clear vision on the importance of ensuring a human-centered approach, respecting diversity and human rights in the World of Work has demonstrated her suitability for the position of DG ILO.

The Korean envoy also expressed the likelihood of increasing the annual job quota for Pakistan which currently stands at one thousand because of excellent output of Pakistani laborers. South Korea recruits foreign workers each year from developing countries for employment in labor shortage countries such as agriculture and stockbreeding, fisheries, construction and manufacturing.