Five best ways to shrink away your electricity bill 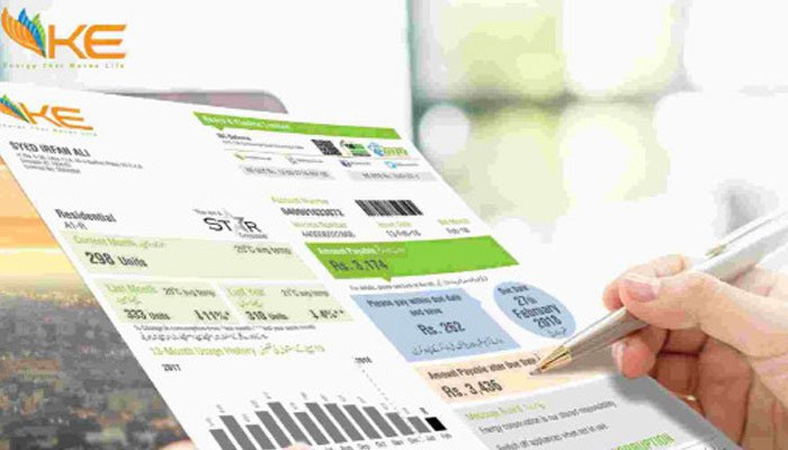 Grumbles and grudges seem to be the order of the day when anyone speaks about hefty payments of electricity bills. Contrary to this, it is of utmost importance to bear the responsibility on individual basis to adhere with all those steps which are significant in lowering done the electricity bill. Who not wants a cheaper electricity, but nobody cares when unnecessarily the sockets in household and offices remains open and number of other appliances including lights, fans and air conditioners not switched off and goes unchecked at a time when nobody is sitting in that surrounding?

This not only ends here, during night hours when people go to sleep, electricity sockets whether related to TV, computers other devices remain open for long hours without having usage of it which consumes electricity, but people really dam cares about it. It is certainly because either the society has become lethargic or have acclimatised themselves to this environment.

So, in this scenario, I certainly believe that shifting entire blame towards power entity by registering protest regarding cumbersome electricity bills do not sound appropriate. On the other hand, in many cases, we also set aside the fact that an abrupt surge and variations in the price of oil internationally also hits the price level of electricity all over the world.

At instance to manage and meet the supply and demand requirements of electricity is not a simple task regardless of country’s geographic boundaries. In Pakistan, the government has a greater involvement in this sector. National Electric Power and regulatory Authority is a commanding authority of entire power supply chain. Whereas, except K-Electric, all distribution companies are state-owned entities.

The situation at present immensely urges the need for efficient management and utilization of electricity to cope up with the mild bills in a better manner.

Electricity has become a critical necessity in our lives. However, as the global discourse evolves on the usage of efficient and cleaner sources of generating this electricity, and the impact that power generation has on the environment at large, the onus is also shifting to improve the efficient usage of this resource.

Let’s have a look at few steps which are unequivocally mandatory for regulating the cost of electricity bills:

REDUCE ENERGY USE — our cities and urban centres are rapidly evolving. The Karachi from the 1950s and 60s, with wide avenues and sprawling bungalows scattered across posh localities, is turning into a concrete jungle with multi-story, multipurpose buildings. Good design principles dictate that these structures be built in a manner to utilise natural daylight as much as possible. Double glazed windows can act as excellent insulators, reducing the burden on consumers who need to install large AC units and use them extensively to maintain ambient temperatures. Open windows will act as natural exhaust and it will help in keeping the temperature low.

Even the electrical appliances inside homes can be replaced with higher efficiency units to bring down their bills and to increase their savings; people should use LED bulbs instead of conventional bulbs as LED on average can save up to 60 percent energy and lasts 10 times more than the conventional bulbs. Some utilities around the world offer services to help you calculate your savings and the amount of electricity you are drawing through your appliances; in Pakistan, KE is one company offering this service. Customers can use the facility of Energy Consumption calculator available on K-Electric’s website. This calculator helps to know Energy saved by using energy efficient appliances in.

SMART USE OF ELECTRICITY — the meter installed in your homes, offices, or factories is blind. It cannot see which room is empty or full, but it will definitely record how much electricity is being used if the appliances are on. Simple acts like leaving the lights off can create incremental savings in your bills. In Pakistan, consumers who are using more than 5 kW of electricity on a three-phase supply are also given an incentive in the form of peak and off-peak hours for electricity usage. These times are from 6:30pm to 10:30pm and 6pm to 10. Using fewer appliances during peak hours – especially washing machines, irons, water motors, and ACs – during this time can contribute huge savings because the price of electricity during these peak hours is higher than lower.

The onus is on consumers that if they want to manage their electricity bill, they should educate themselves, use latest appliances or undertake regular maintenance of their existing ones, and act sensibly for their own benefit and also for the benefit of country.

PURCHASE LOW VOLTAGE APPLIANCES — it is easy to forget that the appliances in your homes are also machines which wear down with time, increasing their usage of electricity along with it. There is a growing trend and awareness among consumers about undertaking regular maintenance of their appliances to keep them ship-shape, so that they can continue using electricity in an efficient manner. Even manufacturers are now focusing on high-efficiency technology which can operate on lower voltages, and save electricity consumption. Today we have such refrigerators and freezers available whose consumption of electricity is even less than the consumption of two energy savers.

Consumers should buy these low voltage appliances to control their electricity consumption. Also it is revealed that refrigerators that are more than 10 years old consume 25 percent more energy than the one available in the market currently. It is in the benefit of consumers that they replace their old refrigerators. Similarly, it is recommended that consumers should use inverter ACs as they save up to 50 percent load annually. Adjusting ACs thermostat in the range of 24 degree to 26 degree is also beneficial for the consumers.

APPLIANCES EFFICIENCY — if appliances operate at their full efficiency, they not only perform to their optimum level but also help in electricity conversation which in turn leads to reduction in bill. As air conditioners consume more electricity, it is crucial to ensure that they run at peak efficiency. To achieve this, user should regularly clean the air filter and also change them regularly preferably once in every three months. Refrigerator is another high energy consumption appliances. Dirty condenser coils makes refrigerator work harder to cool foods. To maintain efficiency, it is suggested to maintain the refrigerator and freezer once every three months.

ECO-FRIENDLY SPACES — the advice doesn’t seem like it will impact electricity bills, but there is an advantage. Creating green spaces inside homes acts as a natural buffer against higher temperatures by providing partial insulation and also absorbing much of the sunlight which would otherwise be absorbed by walls and furniture, creating heat sinks inside your house.

People are advised to sow those plants which can fulfil their daily consumption of vegetables. Greenery on a consumer’s roof will help in reducing the intensity of sunlight which will reduce the use of ACs and ultimately result in reducing the electricity bill. If a family does not have roof, they can use plastic bottles to sow plants within their kitchen or the small balcony they have in their apartment.