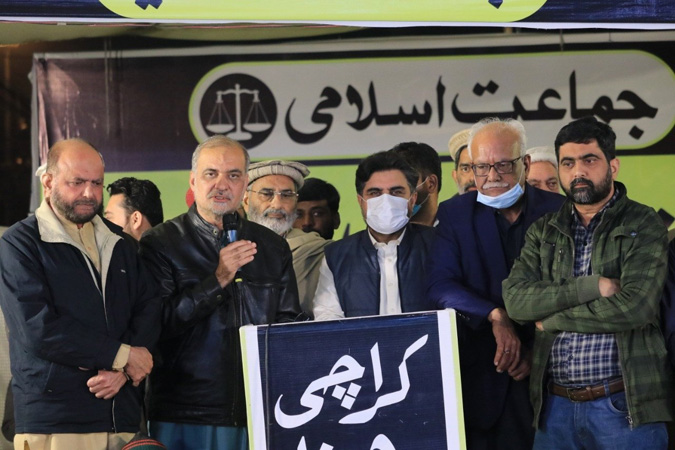 The accord was reached between the government and the JI after the PPP leader Syed Nasir Hussain visited the JI protest camp along with the senior party leaders.

As per the agreement read out by Shah in front of the protesters, all departments of the education and health sectors, including hospitals and dispensaries, will be handed back to the Karachi Municipal Corporation (KMC)

PPP’s Nasir said there were several meetings between the government and the JI regarding the amendments to the Sindh Local Government Act 2021 to make the law better for the people of the province.

According to the agreement, the Karachi mayor will be chairperson of the water and sewerage board as the government agreed to restore the power of the municipal authorities earlier reduced in the act, says a news report. The government also agreed to form the Provincial Finance Commission (PFC) board within 30 days after the LG elections. The elections will be held within 90 days after the local bodies end their current tenure.

The committee formed to review the local government act will meet regularly to iron out differences on clauses on which both parties could not agree as of now, the agreement said, adding that the Sindh government will take measures to restore student unions in Sindh’s educational institutions.

It also urged the government to give Karachi Medical and Dental College (KMDC) a status of a university.Shah also said that the Sindh chief minister will visit the JI headquarters. He urged the JI to end the sit-in after the signing of the agreement as “there was no point in continuing now that the agreement was reached”.

JI leader Hafiz NaeemurRehman said the party will not take out rallies across Karachi announced earlier after the agreement with the PPP government.