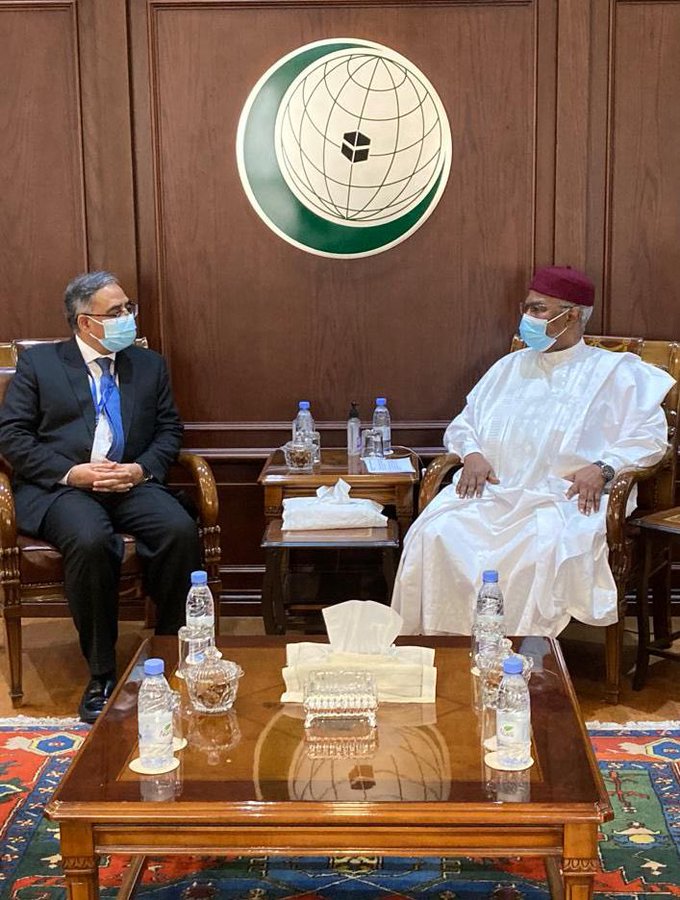 JEDDAH: Foreign Secretary Sohail Mahmood called on Secretary-General of Organization of Islamic Cooperation (OIC) Hissein Brahim Taha at the OIC Secretariat in Jeddah and highlighted Pakistan’s role as a founding member of OIC & its steadfast espousal of Ummah’s causes.

The Foreign Office in a tweet said the meeting focused on issues including Pak-OIC cooperation, Indian Illegally Occupied Jammu and Kashmir (IIOJK), the situation in Afghanistan, Islamophobia, and preparations for the 48th OIC-CFM in Pakistan.

During the meeting, the Secretary-General congratulated Pakistan on its chairmanship of the 48th session of the OIC Council of Foreign Ministers and wished it every success, a news report at the official website of the OIC said.

Both sides reviewed the ongoing preparations for Pakistan’s hosting of the 48th session of the Council of Foreign Ministers.

The Secretary-General gave assurance of the General Secretariat’s full support and cooperation with Pakistan to ensure conditions for the success of this session, which is holding amid important developments in the Islamic world and the world at large.

Both sides also exchanged views on the major issues on the agenda of the OIC and how to enhance the OIC’s role.