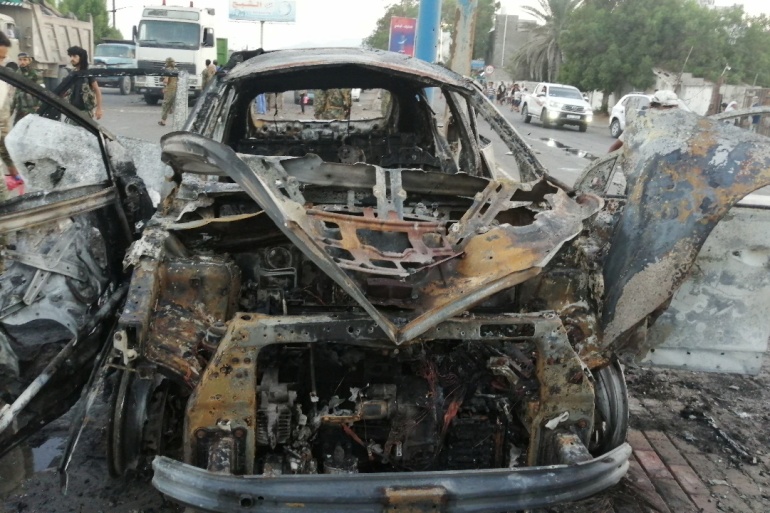 Bogota: A car bomb detonated in Colombia overnight outside government offices and the seat of a human rights body, killing one person and wounded 20 near the Venezuelan border, authorities said Thursday.

The army in a statement blamed the late-night attack in Saravena, an area with a strong military presence, on dissidents of the FARC guerilla group who rejected a 2016 peace deal.

Defense Minister Diego Molano said the attack was “planned and financed from Venezuela.” “The explosives used in this terrorist act were brought into Colombia from Venezuela,” said Molano.
The explosion killed a security guard and injured 20 other people. No further information was provided about them.

Jose Luis Lazo, an official in charge of human rights in Saravana, told W Radio that a dissident going by the name Antonio Medina had ordered the attack in a WhatsApp message.

The two countries have not had diplomatic relations since shortly after Duque took office in 2018.

The region in which the attack took place in one of the hardest-hit by a wave of violence plaguing Colombia in the aftermath of a 2016 peace pact that disarmed the FARC and officially ended decades of conflict.

Despite the agreement, fighting continues over territory and resources between dissident FARC guerrillas, the ELN rebel group, paramilitary forces, and drug cartels.

Earlier this month, almost 30 people were killed in fighting in the northeastern Arauca department, where Saravena is located, and hundreds fled the region, according to official data.

The government has since deployed an additional 1,300 soldiers to join 5,600 already operational in the area.

An independent study center, Indepaz, says the ELN has around 2,500 fighters while the FARC dissidents are comprised of around 5,200 members.