* 150 members voted in favour of amendments, 168 against
* 14 of government's MPs remain absent, while 10 from opposition didn't show up
* State Bank of Pakistan (Amendment) Bill 2021 also sails through Lower House 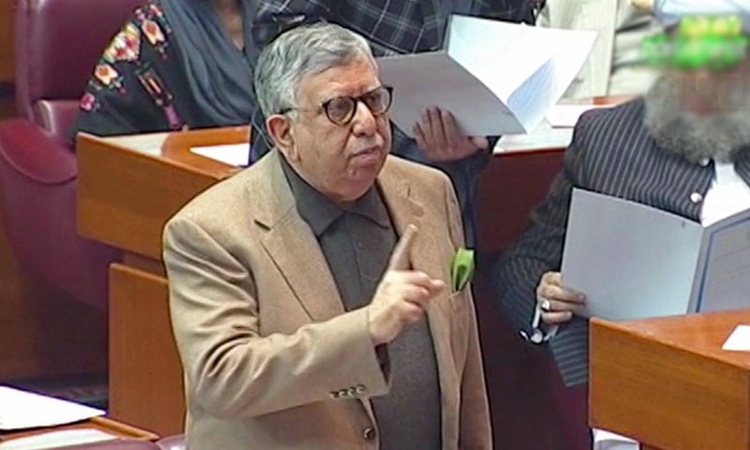 The National Assembly Thursday passed the controversial Supplementary Finance Bill-2021 amid protest and reservations about the bill by the opposition parties.

The supplementary bill was presented on December 30, 2021 by Federal Minister for Finance Shaukat Tarin in the NA. According to the bill, the government will impose a tax on approximately 150 goods at a rate of 17 percent. Therefore, the goods that were currently either completely exempt from General Sales Tax (GST) or being taxed at 5 percent to 12 percent rates would now be taxed at 17 percent. During the proceedings, Tarin claimed otherwise saying these were not taxes which would directly impact on the common people but “just documentation.”

“All they are resisting documentation because they would have to stake their undue benefits ultimately,” the finance minister pointed out saying there was no other apparent reason for their resistance. The session resumed under the chairmanship of NA Speaker Asad Qaiser.

Prime Minister Imran Khan, Planning and Development Minister Asad Umar and Foreign Minister Shah Mahmood Qureshi were also in attendance. Imran Khan was welcomed by loud sloganeering from the opposition benches as treasury lawmakers thumped their desks to drown them out.

The prime minister attended almost the entire session. A number of treasury members went to him and offered greetings respectively. The approval of the Finance Supplementary Bill sought amending certain laws related to taxes and duties and the State Bank of Pakistan (Amendment) Bill 2021.

However, the finance minister opposed all amendments and got a majority vote in favor of passing the tabled clauses of the bill. 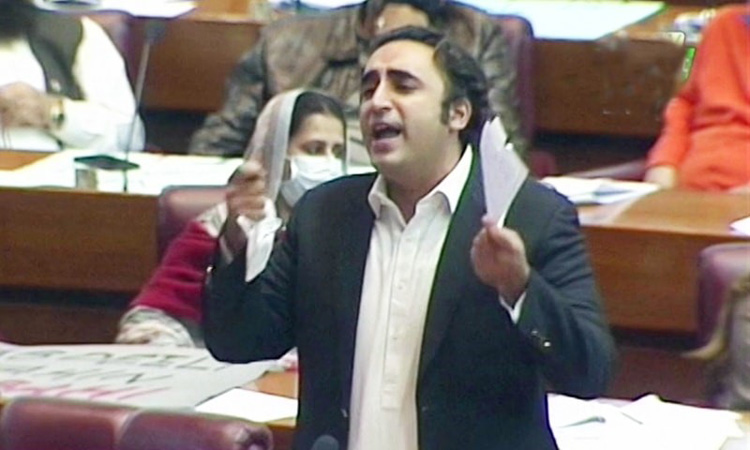 The opposition demanded physical vote count on several amendments to the bill moved by them. The speaker first refused to do this quoting Rule 29 of Procedure and Conduct of Business in the National Assembly. Later, he allowed the count. However, the opposition’s amendments to the bill were rejected and when the voting took place, 150 members voted in favour of the amendments, while 168 voted against them. By this measure, the government had an edge with 18 parliamentarians to get the bill passed. In the session, 14 of the government’s lawmakers were absent, while 10 from the opposition’s side didn’t show up.

Amendments to the finance bill were also moved by MQM MNA Kishwar Zahra, to which the finance minister replied that most of the demands had been accommodated. In response, the MQM MNA thanked the premier and the foreign minister and withdrew the amendments. In his speech, former prime minister ShahidKhaqanAbbasi questioned why it was necessary for the government to introduce a mini-budget and said that such a massive tax burden had never before been presented in the country’s history.

“It has been six months since you passed the finance bill. Have your revenues declined or expenses increased since then?” he asked. He also questioned why the people were being burdened with additional taxes of Rs 350 billion.

In response, Finance Minister ShaukatTarin said that the IMF had called for imposing a value-added tax when he had previously served as the finance minister. He also emphasized the need for documenting the economy, stating that people’s incomes were not being taxed because they didn’t fall under the tax net.

He added that some of the taxes in the mini-budget had been removed, informing the opposition that this was about “documentation not taxes”. He further stated that we increased the revenues in FBR. “The 30 percent increase in direct taxes means the growth is increasing,” he explained. Pakistan People’s Party (PPP) Chairman Bilawal Bhutto Zardari said the amendments he introduced concerned taxes on crude oil and imported items. “My question to the finance minister is whether they have accepted this. He himself said that they are withdrawing some of the taxes.” He questioned whether the finance minister had an issue with the fact that it mentioned his name and those of Shazia Marri and Raja Pervaiz Ashraf. “What was the harm in it being accepted?”

Referring to the finance minister, Bilawal said Tarin stated that past governments had made matters worse even though he had previously served as the country’s finance minister.

“Tarin said he did not know why there was hue and cry over the mini-budget. We request him to visit the streets of Karachi and ask the people about their economic situation,” he maintained. The PPP chairman said that some Karachi lawmakers had moved amendments and had also expressed their reservations regarding the mini-budget. He called on them to reject the finance bill and work with the opposition to steer the country out of the economic situation.

* FED on all imported vehicles will remain unchanged

* 2.5% duty will be charged on locally manufactured 1,300cc vehicles

* 10% duty will be imposed on locally manufactured cars greater than 2,100 cc.