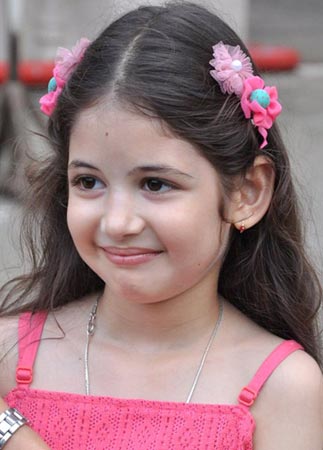 Harshaali Malhotra, the child star who made waves alongside Salman Khan in 2015’s Bajrangi Bhaijaan, received an Indian national award, the Bharat Ratna Dr Ambedkar Award, on Sunday for her role as Munni. Taking to her personal Instagram on Sunday to share a series of pictures of herself with the prestigious award, Malhotra dedicated her win to her co-star Salman, the film’s director Kabir Khan, and the casting director Mukesh Chhabra. “This award is dedicated to Salman Khan, Kabir Khan and Mukesh Chhabra uncle for believing in me,” Malhotra captioned the pictures, tagging all three. “…And for the full Bajrangi Bhaijaan team. Bharat Ratna Dr Ambedkar National Award from Shri Bhagat Singh Koshyari,” she added. Malhotra, who was eight when she played the role Munni in 2015, is now about 14-15 years-old.