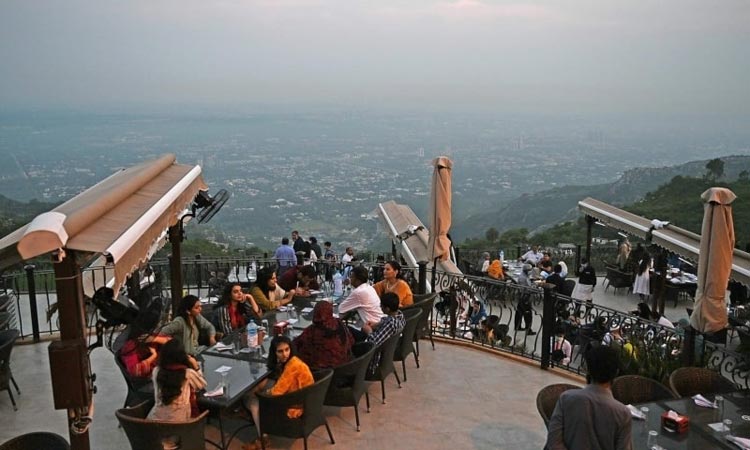 The court asked how a restaurant could be built in the national park’s area, as no commercial activity could continue there. The court asked how the Metropolitan Corporation Islamabad could get involved in affairs of Margalla hills and directed the CDA to remove the restaurant structure if its lease was over. The court also ordered the seizure of Navy Golf Course by close of business during the day, says a news report. Secretaries defence and interior, chairman Capital Development Authority and additional attorney general (AAG) were present during the hearing.

Justice Minallah said the National Park’s land belonged to the state and no commercial activities could be carried out here. “No one can even cut the grass on the land; this land belongs to the state,” the judge observed. Addressing the government officials, Justice Minallah said lawlessness was taking place and that the events taking place in Islamabad were “shocking”. “Lawlessness is prevailing in Islamabad. The court continuously gives decisions and informs [officials],” Justice Minallah remarked. The court asked secretary defence to ensure that the Navy Golf Course was handed over to the CDA and asked the government official to take action against those responsible for encroaching upon the land.

“You had already admitted that the golf course was illegal,” he told the secretary defence. The court said all the armed forces – army, navy, and air force – came under the Ministry of Defence and they were not autonomous.

“Pakistan Navy encroached [upon the national park’s land]. This is inappropriate. This will not portray a good image of the armed forces in the eyes of the people.” “The armed forces should not be controversial; it is not in the public’s interest,” he said.

“Did the navy seek permission from the CDA for construction? It (navy) might have security reservations,” he said, adding that relevant authorities should hear out the security concerns listed down by the secretary of defence. The court declared the military’s 8,000-acre claim on the national park’s land as illegal and asked the AAG on what grounds was the land allotted to the military. The court said the land should be given back to the state. “Only the elite benefit when there is lawlessness.”

Meanwhile, Chairman CDA Amer Ahmed Ali informed the court that a notice had been sent to the navy to take down its sailing club.