Investors looking to SBP policy to determine direction of rupee 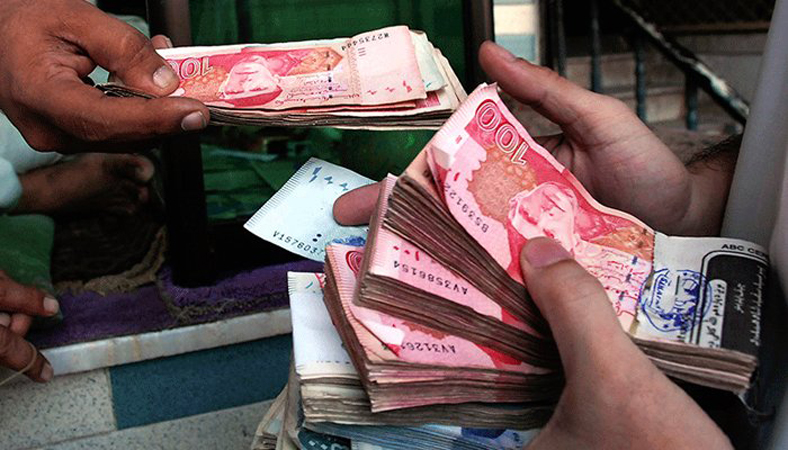 KARACHI: On Tuesday, the Pakistani rupee struggled to find direction as investors anticipated the State Bank of Pakistan’s (SBP) monetary policy decision later this week, seeking signs as to when policy tightening may occur.

The local currency gained 0.03 percent against the US dollar on Tuesday, according to central bank data, completing the day at Rs176.63 in the interbank market.

The local unit closed at Rs176.68 against the US currency on Monday.

Currency dealers believe the rupee would remain stable against the US dollar in the ongoing week, drawing support from inflows from exporters with market participants anticipating lower import payments, which may help stabilise the local unit.

A dealer earlier said: “We see some support for the rupee from the improvement in the foreign exchange liquidity in the market as the exporters start selling dollars. We also expect the importer demand to remain in check in days to come.”

It is pertinent to mention here that the local unit hit an all-time low of Rs178.24 on December 29.

It is pertinent to mention here that last week, the central bank took an important step to improve the supply of inflows in the market. It asked exporters to bring in proceeds within 120 days instead of 180 days.

The investors, however, were concerned about an unprecedented rise in imports and depletion in the forex reserves.

Another dealer had said that the market awaits International Monetary Fund’s (IMF) nod for the disbursement of the $1 billion tranches under the Extended Fund Facility (EFF).

“The market is waiting to see when the IMF executive board meets to discuss Pakistan’s request for the sixth review to be completed, which will clear the path for the delivery of the next tranche,” he added.

It’s worth noting that, in response to a request from the Pakistani government, the IMF’s Executive Board has deferred consideration of the completion of the sixth review and the delivery of a $1 billion tranche under the EFF, just days before the deadline (January 12).