Those responsible for Murree tragedy will not be spared: CM 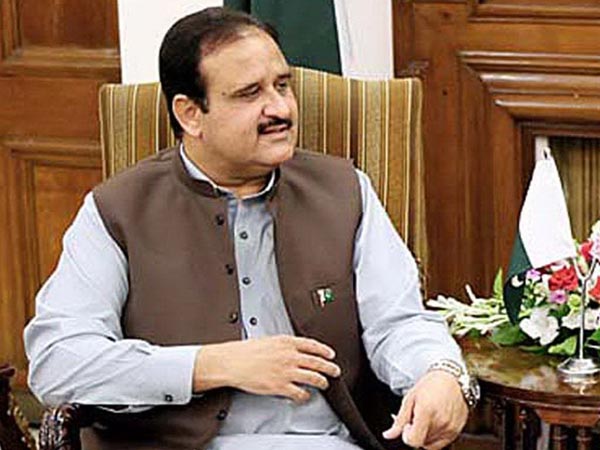 Chief Minister Punjab Usman Buzdar Sunday chaired a high level meeting in Gharial, Murree and announced that a strict action would be taken against those responsible for negligence in Murree tragic incident. The CM was given a detailed briefing on rescue and relief operation. Commissioner Rawalpindi Division, City Police Officer, Deputy Commissioner, and CTO Rawalpindi gave a detailed briefing to the CM on various aspects of the tragic incident.

Usman Buzdar spent over three hours in Murree. A report was presented to the chief minister on the tragic incident. The CM was also briefed about the traffic management plan. Usman Buzdar expressed his annoyance over overcrowding in Murree.

The CM said an indiscriminate action would also be taken against those responsible for negligence in the light of the report of the inquiry committee.

The CM expressed heartfelt sympathies with the bereaved families, adding that everyone is sad over the tragedy and the Punjab government equally shares the sorrow of the grieved families.

A decision had been taken in principle to make Murree a district, the CM said adding, Chief Secretary, Punjab and Senior Member Board of Revenue had been directed to submit suggestions in this regard.

The government had decided to post senior officers to prevent such incidents in Murree in future, the CM said, adding that superintendent of police and additional deputy commissioner be posted in Murree.

Approval was also given for setting up two new police stations in Murree, he said.

Usman Buzdar said that there would be indiscriminate action against illegal constructions in Murree.

Short-term and long-term planning would be done to prevent such tragic incidents in future and Standard Operating Procedures would be reviewed. Rescue-1122 crew would be given trail bikes and wireless sets. Usman Buzdar also directed the authorities concerned to take strict action against hotels involved in overcharging as charge too much in hotel rent in Murree is absolutely not tolerable.

Earlier, the chief minister also conducted an aerial inspection of the areas of Murree affected by the heavy snowfall.

According to details, it was mentioned in the report that during the past four days, 162,000 vehicles entered Murree. Deaths occurred due to accumulation of carbon monoxide in the stranded car. On January 7, four feet snow fell in 16 hours.

The report stated that due to falling of trees at 16 places, the flow of traffic was badly disrupted. At least, 21,000 vehicles were sent back, while 22 people were killed in 4 to 5 vehicles. The power has been restored across 70% of the areas, conveyed the report.

The major road in Murree has not been constructed for over two years while the other roads were blocked with snow. No arrangement for clearing snow on urgent basis was made by the government.

It was also mentioned that due to power outage in snow-storm, many of the tourists preferred to stay in their cars. Meanwhile, the DC and CPO Rawalpindi were paying visit due to which no vehicle was allowed to move.

Assistant commissioner and DSP were present to deal with the traffic management. There is no parking plaza in Murree where vehicles could be parked. The local administration started to help the affected visitors after 8am when the snow-storm had stopped.

CM takes notice of elderly woman torture: Punjab Chief Minister Usman Buzdar has taken notice of torture of an elderly woman in Sialkot and sought a report from the Inspector General of He ordered a legal action against the accused and said the other offenders should also be brought to book at the earliest. He said justice should be ensured to the elderly woman.