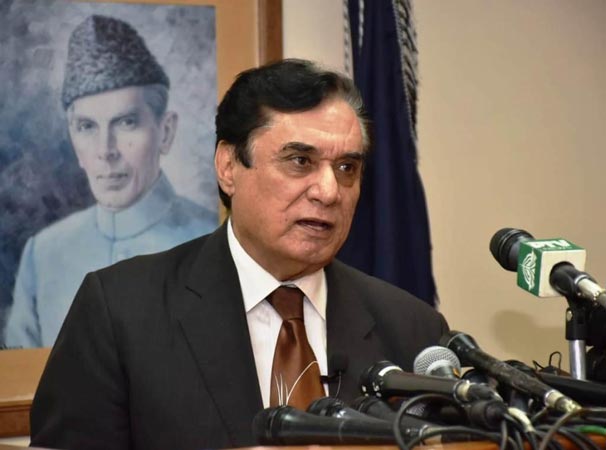 Chairman National Accountability Bureau (NAB) Justice (retd) Javed Iqbal has said that NAB had filed references against the accused on the basis of solid evidences so that corrupt should be brought to justice as per law. The NAB chairman said that references are related to corruption, money laundering, assets beyond known sources of income, cheating public at large etc. He said that NAB is absolutely committed for logical conclusion of mega corruption cases and requests are being filed for early hearings of all references. He said that due to vigorous prosecution of NAB, 1,194 accused persons were convicted from Oct 10, 2017 to Nov 10, 2021 during the tenure of present management of NAB. He said that NAB always believes working in accordance with law. “NAB has no affiliation with any political party, group and individual and our affiliation is with state of Pakistan,” he said.

Justice (retd) Javed Iqbal said that people who are claiming about their innocence in the media they should better request the concerned learned accountability courts to have hearing of their cases on a day to day basis where law will take its own course of action. He said that NAB had constituted a Combined Investigation Team (CIT) to benefit from the collective wisdom of senior supervisory officers which is lending quality. He said NAB was the focal institution of Pakistan under the UN Convention against corruption (UNCAC) and the Chairman of SAARC Anti-Corruption Forum. He said NAB was considered a role model organization in SAARC countries.

The NAB chairman said that NAB from Oct 2017 to Oct, 2021 has recovered Rs539 billion directly and indirectly from corrupt elements which is a record achievement as compared to other years which shows a commitment and dedication of NAB officers towards performance of their national responsibilities in eradication of corruption from the country. He said that 1,264 corruption cases are under trial in various accountability courts of the country. He said that Pakistan is the only country with whom China has signed a memorandum of understanding (MoU) for eradication of corruption.

The performance of NAB is being reviewed regularly on the basis of a monitoring and evaluation system so that it could be improved further. He said that youth is our future; NAB has signed an MOU with Higher Education Commission in order to aware youth about the ill effects of corruption in universities and colleges at an early age. Under this initiative, NAB has successfully established more than 50 thousands Character Building Societies in various universities and colleges besides constituting prevention committees in consultations with respective provincial and federal government departments in order to assist them to identify and plug loopholes in order to check corruption. He said that as per Gillani and Gallup survey, 59 percent people have shown trust upon NAB. He said that NAB has devised a comprehensive Quantified Grading System in order to further improve the performance of NAB Headquarter and all Regional Bureaus.

Under Quantified Grading System, NAB Headquarters and regional bureaus are being evaluated on annual and midterm basis at a given criteria which has proved very successful in increasing the performance of NAB. The performance of NAB has been lauded by reputed national and international institutions. He said that NAB is committed to make Pakistan corruption free. He said that NAB accords high priority for training of its investigation officers on modern line. Therefore, NAB has not only established its own state of the art Forensic Lab but also established Pakistan Anti corruption Academy at Islamabad which will help in further improving the performance of NAB investigation officers in order to plead corruption cases in the Respectable Courts on the basis of solid evidence so that corrupt elements should be brought to justice as per law.