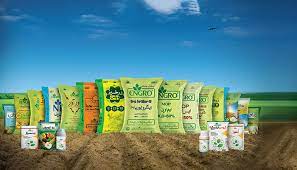 A pro-farmer initiative by the PTI government to ensure a smooth supply of Urea fertilizer across the country has resulted in an increase of the urea fertilizer sale by 11 percent in 2021 as compared to the last year, said Chief Executive Officer (CEO), Engro Fertilizer, Nadir Salar Qureshi.

According to the official sources, during the period under review, the sale of Urea recorded a 5.8 million tons increase and the country produced 0.6 million tons more Urea as compared to the last year.

Qureshi said that in the international market, prices of Urea increased three times which is why DAP affordability became an international challenge.

He highlighted that the country’s demand for DAP decreased by 15 percent and the demand of India decreased by 30 percent. He appreciated the government’s efforts to control the situation in a better way.

He appreciated the efforts made by the Minister of Industries and Production, Khusro Buktiyar and Minister for National Food Security Syed Fakhar Imam. He said that the urea industry dispatches and uninterrupted supply of gas to the Fertilizer companies were being monitored on daily basis.

He said that during the last two weeks the price of Urea decreased by Rs450 per 50 kg bag.
In Pakistan Urea was being sold at an 85 percent discount as compared to the international prices and the local farmers gained a profit of over Rs340 billion during that period.

Muhammad Faisal Muzammil, CEO of Agritech Limited, said that the continued supply of Tara Urea in the market was made due to the government initiative of gas supply. This year Agritech Urea production recorded an increase as compared to the last year.

“The prices of urea fertilizer decreased due to positive policy of the current government”, he said adding the price of Urea was Rs1768 per bag, which was over 80 percent cheaper as compared to the international market. He requested the farmers to purchase the Urea fertilizer at said price and contact the office of the agriculture department if there was any hurdle.

Due to the hoarders of urea, the prices increased to Rs2300 per bag, however, with timely action was taken by the federal and provincial government against the hoarders, the prices of urea returned to Rs1768.

Due to this, small farmers achieved more benefit as the wheat sowing was at its peak. He said that the fertilizer prices were less by Rs400 to Rs500 than the open market.

The government’s wheat target would be achieved and per acre production would also be increased resulting in an increase in income of the farmers. He said that due to the government’s policies in the last 3 years, all the crop inputs were available to the farmers round the clock at a cost-effective rate.