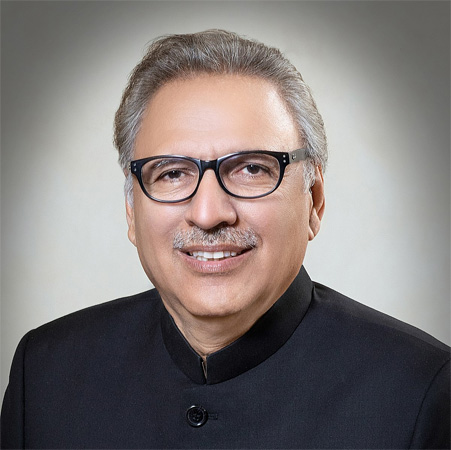 President Dr Arif Alvi Tuesday underlined the need for creation of more skilled and technical opportunities for the womenfolk so that they could be encouraged to avail themselves of the emerging avenues in the latest technologies.

The women and youth bulge of the country could play their major role in the mainstream economy through exploring their hidden potential with the availability of modern gadgets, he added.

The president was addressing a ceremony titled ‘Prosper Pakistan’ held by Hunarmand Nojawan in collaboration with the Technical Education and Vocational Training Authority (TEVTA) Punjab and Meta (Facebook) to highlight the achievements in the digital empowerment programme for the women and the economic impacts on their lives. President Alvi emphasised that the number of skilled youth should be increased in the field of the latest information and technology so that they could properly harness their talents and avail the opportunities the world was going to offer.

“The IT (information technology) sector opportunities serve as a jumping board and will act as a catalyst to excel in this field. Those countries had achieved progress that realized the present-day trends,” he opined.

The president said the world was wide open with huge opportunities in the IT sector and Pakistan possessed a youth’s bulge, which could be utilized for the benefits of the future of country. The tech-savvy global companies were looking upon the youth as a huge potential and future base for their IT businesses, he added. The president said previously Pakistan exported raw labour only, but now the world required a properly equipped generation in cyber education. He said by 2030, according to an estimate, the world would require 40 million trained manpower for cyber security.

Congratulating the women entrepreneurs of Punjab province, the president urged them to seek training in the latest technologies also, besides learning value-added skills. Through the use of internet tools, the womenfolk could sell their products online and linked their businesses with the buyers directly, he added.

Referring to a saying of the founder of the country, Quaid-e-Azam Muhammad Ali Jinnah, the president said he had laid great emphasis upon women’s participation in every walk of life. He said Islam had, centuries ago, settled the women’s inheritance system and in Pakistan, legislation had been enforced in that regard.

The president said the people should be properly guided to avail the Digiskills programme launched by the Ministry of Information and Technology as about 1.6 million trainees had benefited from various programmes and reached to the next level. He also underlined the need to guide the womenfolk to benefit from the loaning facility extended by the State Bank of Pakistan. The president also gave away certificates among the 23 women entrepreneurs, who had successfully completed their training and established businesses.

Earlier, TEVTA Chairman Ali Salman Siddique, Sehar Tariq, head of policy Meta and Vice President (APAC) Meta Simon Milner also addressed the ceremony. They informed that they had imparted training to over 3,000 females across the Punjab province while a number of trainees would be increased in the future.

President advises VU to enhance its outreach to remote areas: President Dr Arif Alvi has asked the Virtual University (VU) to enhance its presence in the remote areas of country, particularly Balochistan, Sindh, Azad Jammu and Kashmir, and Gilgit-Baltistan, so that the people of far-flung areas could benefit of its courses and e-learning programmes.

He underlined the need for promoting online education and virtual training in different fields to meet requirements of the market.

He expressed these views while chairing a follow-up meeting on the Virtual University of Pakistan, here at the Aiwan-e-Sadr, a press release said.

VU Rector Prof Dr. Arshad Saleem Bhatti gave a detailed presentation on the role and performance of the university in promoting e-learning in the country as well as providing different skills to the people.