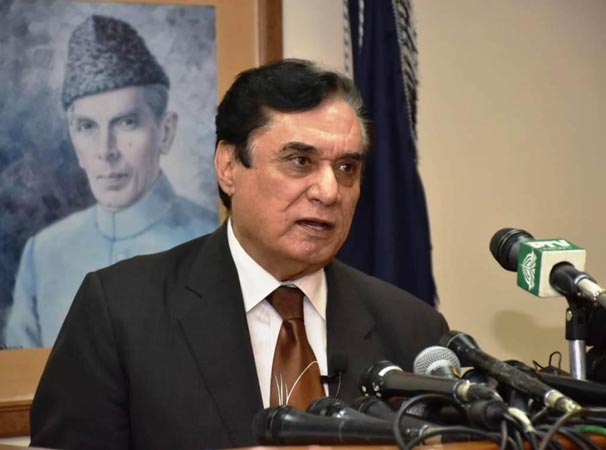 Chairman National Accountability Bureau (NAB) Justice (retd) Javed Iqbal has said that out of 179 mega corruption cases, 66 cases have been brought to a logical conclusion as per law.

The NAB has not only apprehended ‘untouchables’ for the first time in its history but it is pursuing the cases against the corrupt elements in the esteemed courts on the basis of solid evidence and during the current tenure of NAB administration, between October 2017 and November 30, 2021, 1,194 accused were convicted by the accountability courts.

He said that corruption is the biggest obstacle in the way of development and prosperity of the country. “NAB is focal organisation of Pakistan under United National Convention against Corruption (UNCAC). NAB is pursuing the policies of ‘accountability for all’ aiming to make Pakistan corruption free. NAB is the role model for SAARC anti-corruption forum,” he said.

NAB has signed a memorandum of understanding (MoU) with China to oversee China-Pakistan Economic Corridor (CPEC) projects being completed in Pakistan. NAB has introduced a Combine Investigation Team (CIT) system to benefit collective wisdom of supervisory officers so that the corrupt elements could not go scot free. NAB has established a forensic laboratory having facilities of digital forensic, question documents and finger prints’ analysis. The performance of NAB has improved with those measures. NAB has devised a comprehensive Quantified Grading System to improve performance.

As soon as Justice (retd) Javed Iqbal assumed office, he fixed a period of 10 months to conclude a case. According to timeframe, complaint verification should be completed in two months’ time, inquiry and investigations in four months each.

NAB has also set up Witness Handling Cells in all regional bureaus. As a result of this move, NAB is pursuing its cases in the courts on the basis of solid documentary evidence.The overall conviction rate in NAB cases is 66 percent.

NAB Chairman has directed all NAB officers to redouble their efforts to make Pakistan corruption free.

He directed all the officers of NAB to consider the eradication of corruption as their national duty and perform it with determination, merit, hard work and transparency.