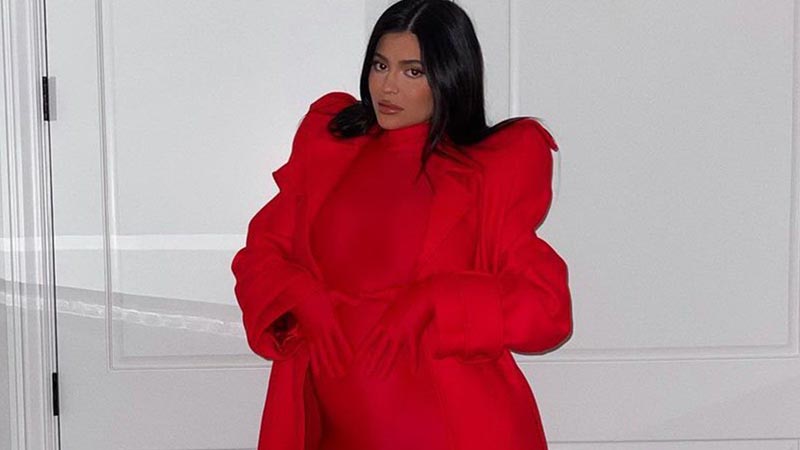 Wait a meow-ment-Kylie Jenner’s family just grew by one. No, she hasn’t welcomed baby No. 2 with Travis Scott quite yet, but she did introduce a furry new family member on Saturday, Dec. 25: a kitten!

The orange-and-white cat made its Instagram debut on Kylie’s Stories as part of the makeup mogul’s Christmas celebrations. One video showed her new pal sitting atop her baby bump as she relaxed alongside her 3-year-old daughter Stormi Webster, and another followed the feline as it strutted toward the camera.

The videos didn’t contain any captions and Kylie has yet to reveal the kitten’s name, but it’s joining a very pet-friendly home as the Keeping Up With the Kardashians alum already has several dogs.

The household will soon welcome another addition when Kylie gives birth. As a source close to the 24-year-old star told E! News earlier this month, she’s passing the time by “hanging out with her family and a few close friends and is just nesting until the baby comes.”

Kylie and Travis’ firstborn is patiently awaiting the baby’s arrival, too. “Stormi is really excited to have a sibling and talks about the baby all day long,” the source added. “She’s fully aware and is very excited.” The couple is equally thrilled. “Travis has been by her side and has been very supportive during her pregnancy,” the source said. “They have definitely been inseparable and leaning on each other. They are both excited for the baby to come.” Kylie first announced her pregnancy in early September and went on to share much of her journey with fans. However, she stopped posting to social media and making public appearances after the Astroworld Festival tragedy in Houston on Nov. 5, in which hundreds of concertgoers were injured and 10 people died.